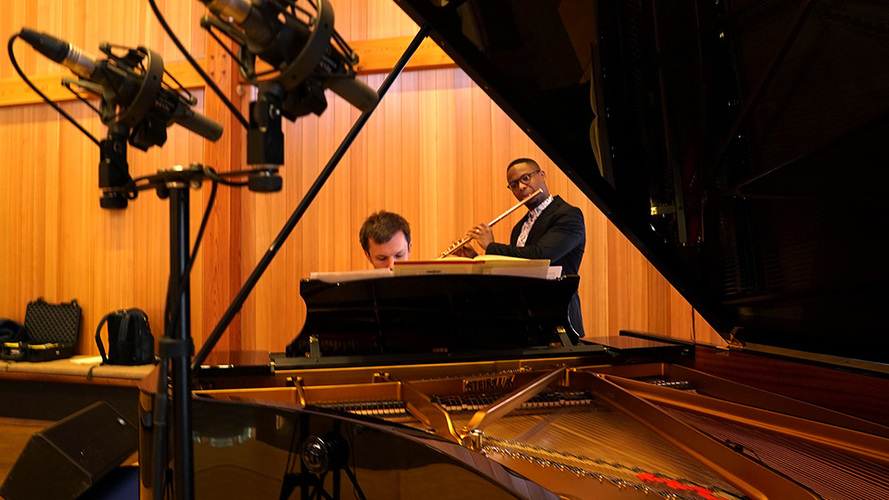 We have been privileged to host four brilliant musicians over the past several months for recording and film projects at Tippet Rise Art Center, all of which will be available to download, listen to, or watch in the coming months.

Violinist Will Hagen joined us in early June to record Eugène Ysaÿe’s Sonata No. 5 for Violin, Op. 27 and to create a music video of the work’s second movement, Dance rustique. Will maintains an active touring schedule on both sides of the Atlantic, making frequent trips to Europe and cities around the US, and playing a wide range of repertoire. With his passion for nature and the environment, we were thrilled for Will to visit Tippet Rise for the first time, where he had the opportunity explore the landscape and the early summer flora and fauna throughout the ranch. 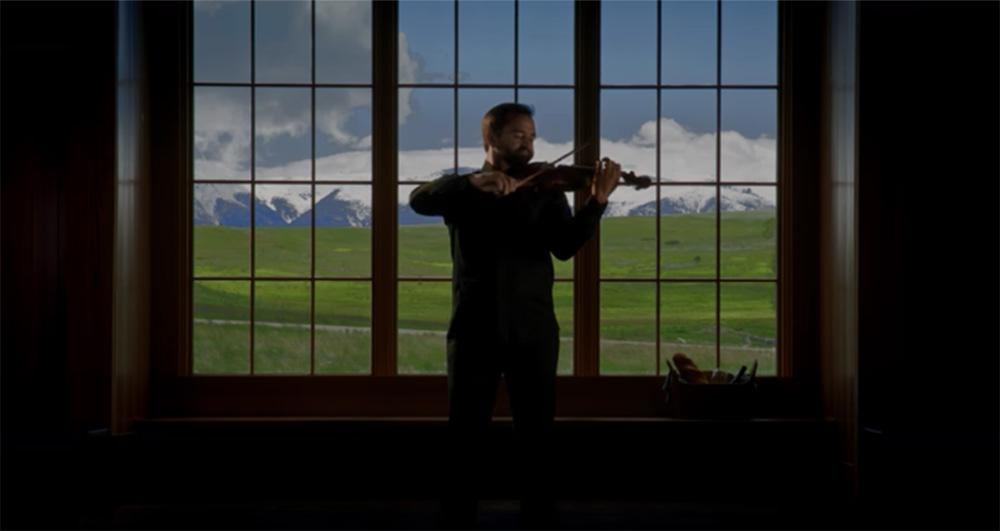 In August, pianist Boris Giltburg traveled to Tippet Rise for a recording and performance film of Shostakovich’s String Quartet No. 3, which he arranged for piano and is soon to be published by Sikorski Music Publishers. It was also Boris’s first-ever visit to Tippet Rise, after having been scheduled to perform in summer 2020. Following that season’s cancellation, Boris graciously participated in our “Postcards from The Season That Wasn’t” project, sharing performances of Rachmaninoff’s Prelude in D major, Op. 23 No. 4 and his Prelude in C minor, Op. 23, No.7. 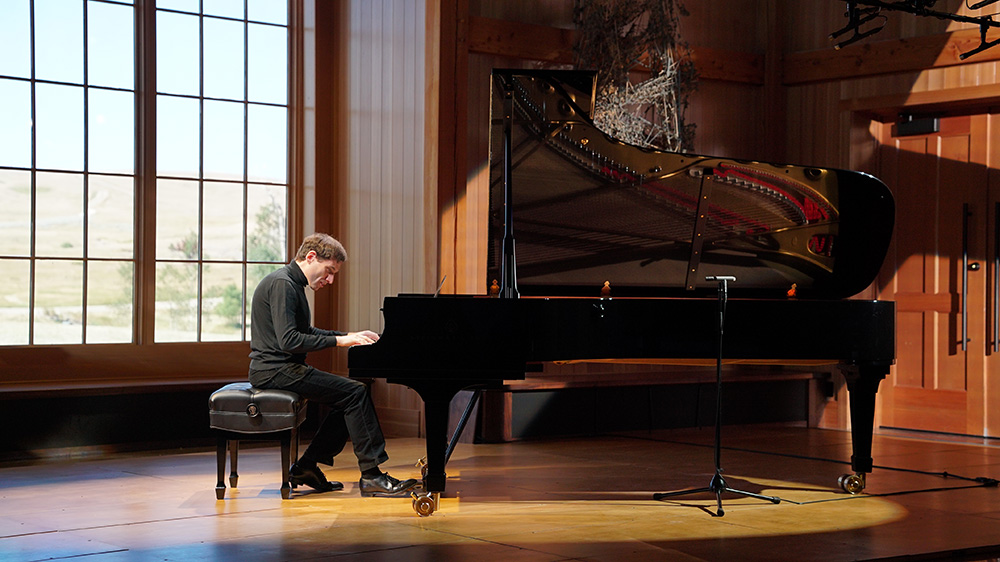 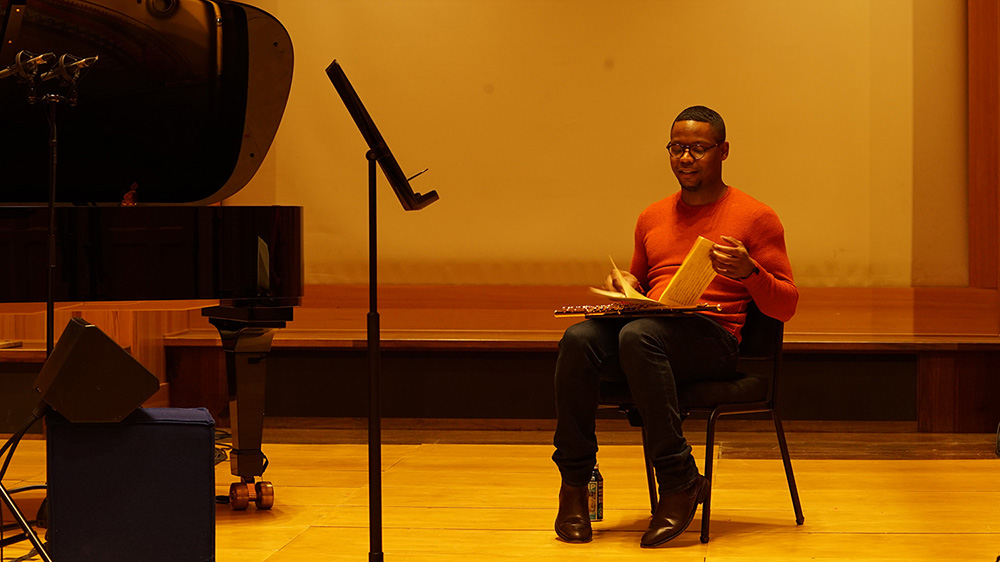 One of America’s leading flute soloists and a member of the 2021 Grammy-nominated Imani Winds, Brandon is a longtime friend of Tippet Rise. He has performed at Tippet Rise twice: in 2019 alongside members of Canada’s Gryphon Trio and this past August for an inspiring performance of John Luther Adams’ songbirdsongs alongside flutist Alex Sopp and Sandbox Percussion. We were also honored to host Brian Wagorn for the first time. He currently serves as Assistant Conductor at The Metropolitan Opera and regularly performs internationally as a soloist, chamber musicians, and recital accompanist to the world’s leading singers and instrumentalists. 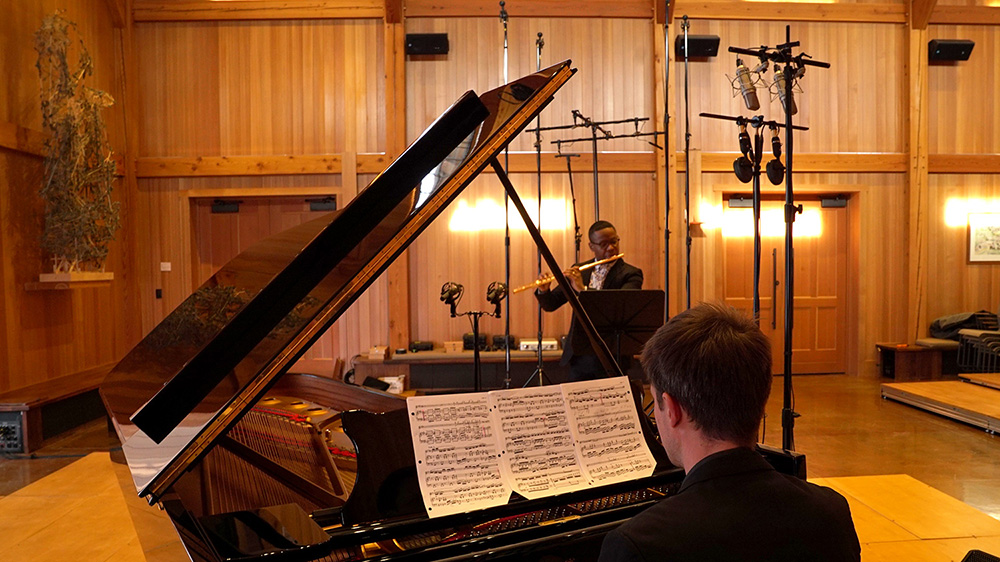 In addition to Brandon Patrick George’s live performances and recordings at Tippet Rise, he has also participated in our Tippet Rise on Tour film series, in which we film artists performing around the country as a way to bring music to people where they are. Brandon even joined us for a Zoom event last week in which he and Imani Winds bassoonist Monica Ellis discussed the recent release of three performance films they created for our series at Storm King Art Center, available to enjoy here.

We are looking forward to sharing all these recordings with you and more, including new performance films as part of Tippet Rise on Tour by the string quartet, Owls, filmed at New York’s Blue Gallery, and The Westerlies, a brass quartet, filmed at artist Mark di Suvero’s studio, Spacetime.

Many thanks to our incredible team of sound engineers and filmmakers who have overseen these projects, including Monte Nickles, Jim Ruberto, Kevin Richey, and James Joyce, as well as our Artistic Programs and Production Manager, Rhema Mangus. Without them, it would not be possible!

Please join our mailing list to be notified when these Tippet Rise recording and film projects are released for download, listening, or viewing in high-resolution within our Music Downloads Library and our YouTube channel.