Who is Tippet Rise? 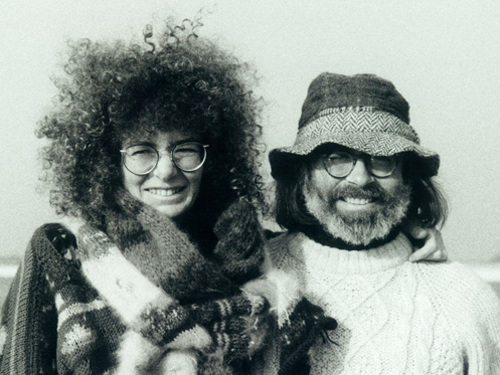 Cathy and Peter Halstead have known each other since they were 16. They both grew up in families that for generations have sought to bring art and education to communities both in the United States and abroad. They were later classmates at both Columbia and NYU. Cathy is an abstract painter, who has shown around the world. Peter is a pianist, photographer, novelist, and poet.

Cathy worked with her father in the liquor company he founded with her in 1972, and ultimately became President and Chairman.

Cathy and Peter are also the founders of the Adrian Brinkerhoff Poetry Foundation, which works to expand access to poetry and educational materials about poetry. Its website gathers outstanding poems from many places, eras, and traditions, and features films of poets reciting their works, presented in partnership with Poetry Ireland, Poet in the City, The Academy of American Poets, and New York’s 92nd Street Y. Peter has published ten volumes of poems and photos. His six-album piano series, “The Himalaya Sessions,” for The Adrian Brinkerhoff Foundation, will be online this year. Seven volumes of Peter’s poetry are so far available: Sea Sun, Blinds, Poems of Earth, Paris Poems I, Postcard Poems, Face Your Dreams, Sublimation. Coming are Paris Poems II, Poems 2015-2017, and Poems 2019-2022. He has published A Winter Ride and with Cathy Tippet Rise and Tippet Rise: Beginnings. He is working with Princeton Architectural Press on a book about Francis Kéré’s Xylem and the Naaba Belem Goumma Secondary School, built in honor of Francis’ father.

Cathy and Peter founded the Digital Lab in the Rockefeller Library at Brown, where Cathy is a Member Emerita of the Corporation. Cathy is on the board of Rockefeller Philanthropy Advisors and of the Storm King Art Center.

She and Peter are trustees of the Sidney E. Frank Foundation, which makes over ninety grants annually to charities in the United States and England. Grantees include Storm King Art Center, The Colburn School, Glyndebourne Opera, Brown University, the Chamber Music Society, New Leaders, and the Aspen and Vail Music Festivals.

The foundation has helped fund films of the Glyndebourne version of La Traviata and Don Pasquale, as well as a film of Brian Bedford’s The Importance of Being Earnest on Broadway. In England, it has digitized the filmed repertoire of the National Theatre, the Royal Shakespeare Company, and Shakespeare’s Globe. It has digitized the repertoire of The Cleveland Orchestra, and helped fund a film about Patrick Dougherty, Stickworks. It has provided high-end audio equipment to the Aspen Music Festival, the Royal Shakespeare Theatre in Stratford-upon-Avon, and the Swan Theatre in London.

The foundation also supports diverse efforts in Montana in the arts and education. Cathy and Peter were inspired to found Tippet Rise by the Storm King Art Center, TICKON Sculpture Park in Denmark, la fondation Maeght in St.-Paul-de-Vence, Snape Maltings in England, and by the Vail and Aspen Music Festivals. 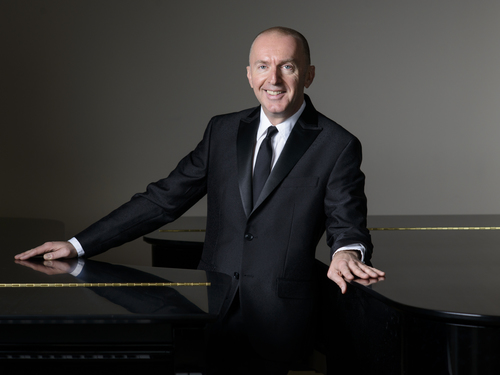 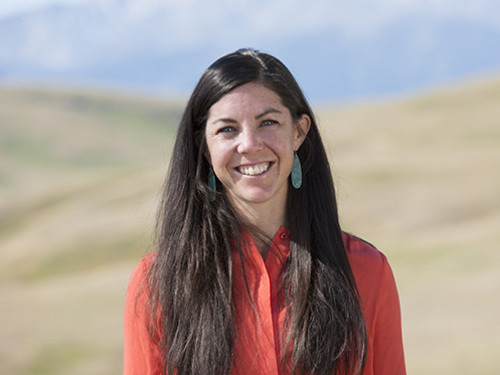 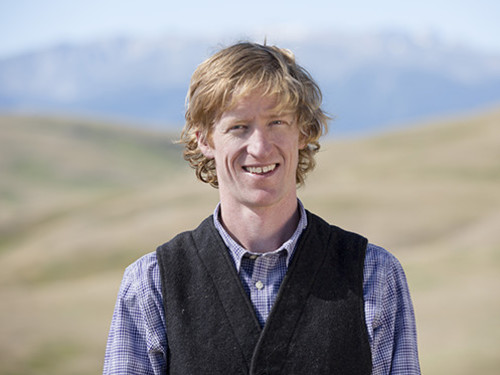 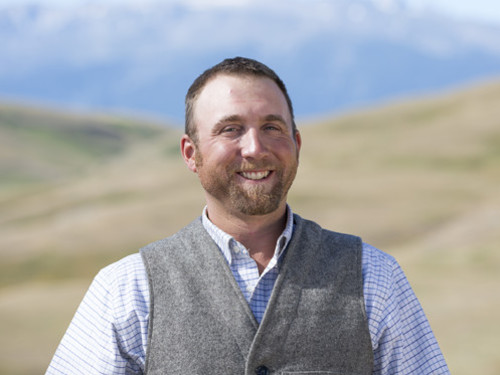 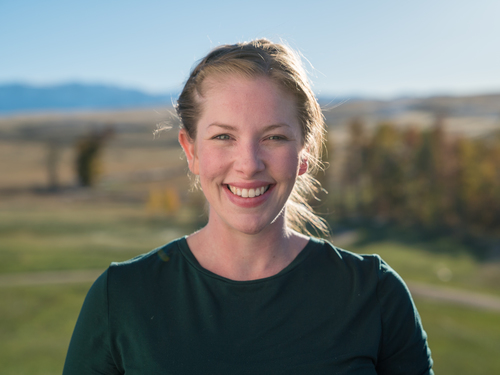 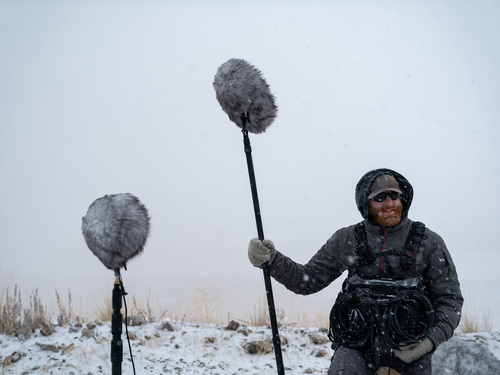 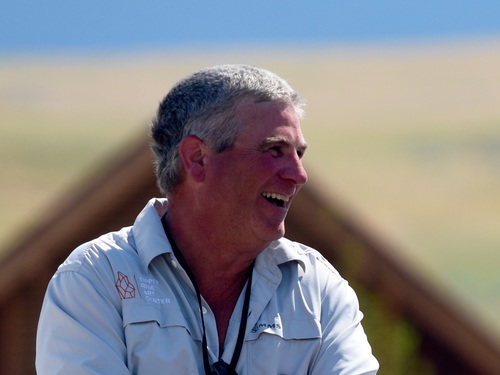 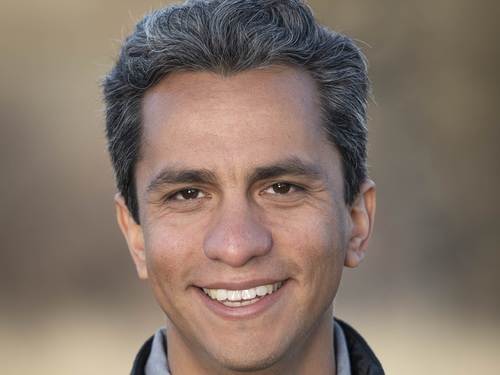 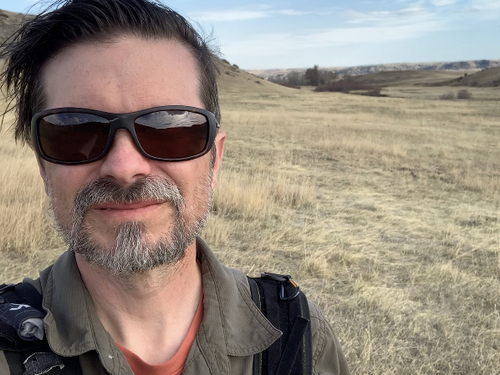 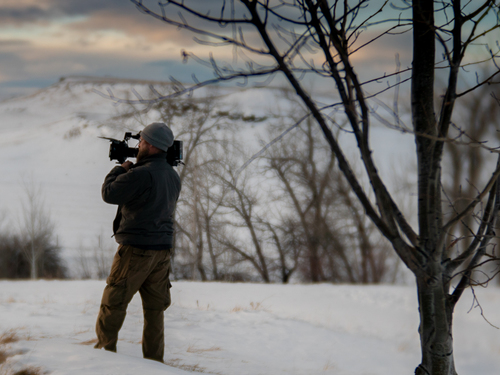 Pedja is the artistic administrator at Baryshnikov Arts Center in New York, artistic advisor to Tippet Rise Arts Center in Montana. He is on the faculty of Citizen Artist Project at the Verbier Festival Academy and he also directs a residency at the Banff Centre in Canada called Concert in 21st Century. In all these roles he looks at the concert experience, both in programming and presentation and questions what can we do to make it more relevant today. He lives in New York City and, in his free time, he enjoys cooking for friends and seeing performances in all disciplines.

Lindsey assists in leading Tippet Rise, alongside her husband, Pete. She keeps the art center’s logistics humming smoothly, oversees public relations, and is instrumental to our planning and development. Lindsey coordinates with artists, architects, and musicians, community members and educators, from kindergarten teachers to university deans, as well as leaders from regional and national cultural institutions, welcoming everyone into the Tippet Rise family. In short, Lindsey helps to bring the Tippet Rise vision of nature, music, and art intertwined to full, blooming life — an experience she hopes to share with her Montana friends and people from all over the world. She and Pete live in Red Lodge with their baby girl.

A lifelong pursuit of adventure in the mountains led Pete to Tippet Rise where he draws on his experiences to make the organization’s vision a reality. Intrigued by the exploration of art and nature, Pete’s role at Tippet Rise is an adventure in itself. Often working in tandem with his wife, Lindsey, Pete provides team leadership, oversees the art center’s operations, planning, and development, and coordinates the installation of its sculptures. When he isn’t orchestrating Tippet Rise’s many facets, Pete enjoys life with Lindsey and their baby girl, all the better if it’s outside beneath Montana’s big, beautiful sky.

Ben oversees ranching operations at Tippet Rise. From May to mid-November, this work includes grazing oversight of 200 to 300 calf-cow pairs, 100 to 120 heifers and 2,000 to 2,600 head of sheep. He works year-round to improve Tippet Rise’s rangeland health as well as its water use and conservation practices. Through these efforts, Ben endeavors to make Tippet Rise an increasingly healthy and viable ranchland, wildlife habitat and treasured piece of the Montana landscape. In the process, he hopes the art center’s guests can enjoy and experience Montana’s rich ranching heritage. For more than ten years, Ben has lived with his family on or next to what is now Tippet Rise.

From the moment a guest first learns of Tippet Rise to the time they exit the art center’s gates, Melissa helps facilitate their experience from beginning to end. With a background in theater and hospitality, she oversees communication and administration at the art center. From managing the Tippet Rise website and social media accounts to orchestrating event planning and ticketing, her contributions are indispensable to day-to-day operations and to her colleagues at the art center. Melissa lives in Red Lodge with her husband and two young daughters.

With a background in fine art and education, Beth has taught kindergarten through 12th grade, as well as at the college level, running art workshops, teaching classes, and giving tours. She earned a BFA from the University of Wyoming and an MFA from the University of Montana and is a professional artist herself. Beth began working at Tippet Rise as an intern during the inaugural season. Today, she manages the visitor center and oversees our art education programs, which focus on art, music, architecture, and conservation through hands-on workshops for all ages.

Monte maintains the Olivier Music Barn’s state-of-the-art audio-video systems and supervises all audio recordings of performances at Tippet Rise, which he masters in ultra-high-fidelity formats and in 9.1 surround-sound. With a Bachelor’s degree in Audio Production from Webster University in St Louis, his background also includes recording the St. Louis Symphony’s performances for several years. But Monte not only records performances, he also performs: on the trumpet, which he has played since childhood.

Carl has served as interpretive ranger at Tippet Rise since the inaugural season, patrolling the art center’s 12,000 acres by mountain bike and providing insight and guidance to our guests as they explore our trail system on foot and by bike. He also serves as events crew, assisting with the setup and breakdown of concerts. When not working as a ranger or on the events crew, Carl helps to complete a wide variety of projects, and assists with the coordination of new building endeavors. Originally from the great state of Maine, Carl has a degree in Biology from Saint Lawrence University in upstate New York.

Dan helps to maintain the buildings, mechanical systems, vehicles, and equipment at Tippet Rise. Always willing to help with whatever is needed, he is not only indispensable to the art center’s operations, he is a friendly face to guests, artists, and staff alike. A lifelong Montanan, Dan loves the outdoors, especially the mountains and the rivers and streams, which he explores by raft as often as possible. He and his wife Yvonne live near Absarokee, Montana. They have three children and four wonderful grandchildren. Dan is proud to be on the Tippet Rise staff, believing it to be “one of the greatest places there is.”

Jenny began her journey at Tippet Rise as an interpretive ranger and member of the events crew during the art center’s inaugural season. From setting up concerts at the Domo to taking guests on sculpture tours or helping those who are hiking and biking the art center’s trails, she utilizes her passion to try to create unforgettable guest experiences. When she’s not giving tours, maintaining trails, or riding with cyclists out on the land, Jenny enjoys spending her time hiking and fishing in the Beartooth Mountains. With a degree in Environmental Studies from St. Lawrence University, she loves sharing the connections between art, music, and the beautiful Montana environment with the art center’s visitors.

With a Master’s degree in Architecture from the University of Texas at San Antonio and a Bachelor’s degree in Studio Art from Knox College, Chris brings a wonderfully apt blend of insights and skills to Tippet Rise where he manages and maintains the art center’s grounds, buildings and mechanical systems. His nimble orchestration of our state-of-the-art heating and cooling systems helps to keep the pianos of Tippet Rise, and the many instruments that accompany our visiting artists, in fine shape. Chris helped shepherd the art center through the process of receiving LEED certification for the Olivier Music Barn and is continually looking to improve the building’s operational and energy efficiency. Before moving to Montana, he spent ten years with the National Park Service working in Facility Management and Cultural Resources.

Jim assists in all phases of audio production process at the art center and helps manage the cutting edge technology systems behind the scenes. His mission is to support the Tippet Rise vision by capturing the powerful musical moments with an exceptional level of faithfulness, spatial realism, and clarity. With more than 25 years in the music industry as an engineer, producer, performer, and technical systems engineer, Jim brings leadership, creativity, and rigor to his work, and balances the highly technical tasks the A/V team faces daily with a sense of playfulness. Jim splits his time between the art center and his home in Colorado, where he’s a busy musician and audio engineer, and also enjoys the outdoors and writing music.

James Joyce edits concerts, records performances, and crafts short documentaries at Tippet Rise. An award-winning storyteller and film professor, James earned his Master of Fine Arts from Northwestern University. With his personal, micro-short films, he endeavors to embrace the other James Joyce’s definition of beauty: wholeness, harmony, and radiance (even if, he says, he doesn’t incorporate enough stream of conscious dialogue to properly channel his namesake). James likes to say that he appreciates all filmmaking roles equally, but truthfully, he is just a little happier with a camera in hand, directing light onto the subject. In the summer James splashes around in his canoe; in the winter he slides on snow. James and his wife enjoy spoiling their scruffy puppy, Oreo, and photographing with various Polaroid cameras.

Kevin Richey joins the Tippet Rise Audio/Video team as a filmmaker with twenty years of experience shooting projects across the country and abroad, including the critically-acclaimed Irish feature film Run & Jump.

Drawn by the Tippet Rise landscape, art, and mission statement, Kevin and his family hope to do meaningful work in Montana and enjoy being closer to nature.

Tippet Rise Art Center is located in Fishtail, Montana, against the backdrop of the Beartooth Mountains. Set on a 12,500-acre working sheep and cattle ranch, the art center hosts classical chamber music and recitals and exhibits large-scale, outdoor sculptures. Tippet Rise celebrates the concept that art, music, architecture, and nature are inextricably linked in the human experience, each making the others more powerful. Working, volunteering, and interning at Tippet Rise promises rich, rewarding experiences within the realm of an extraordinary contemporary arts organization.