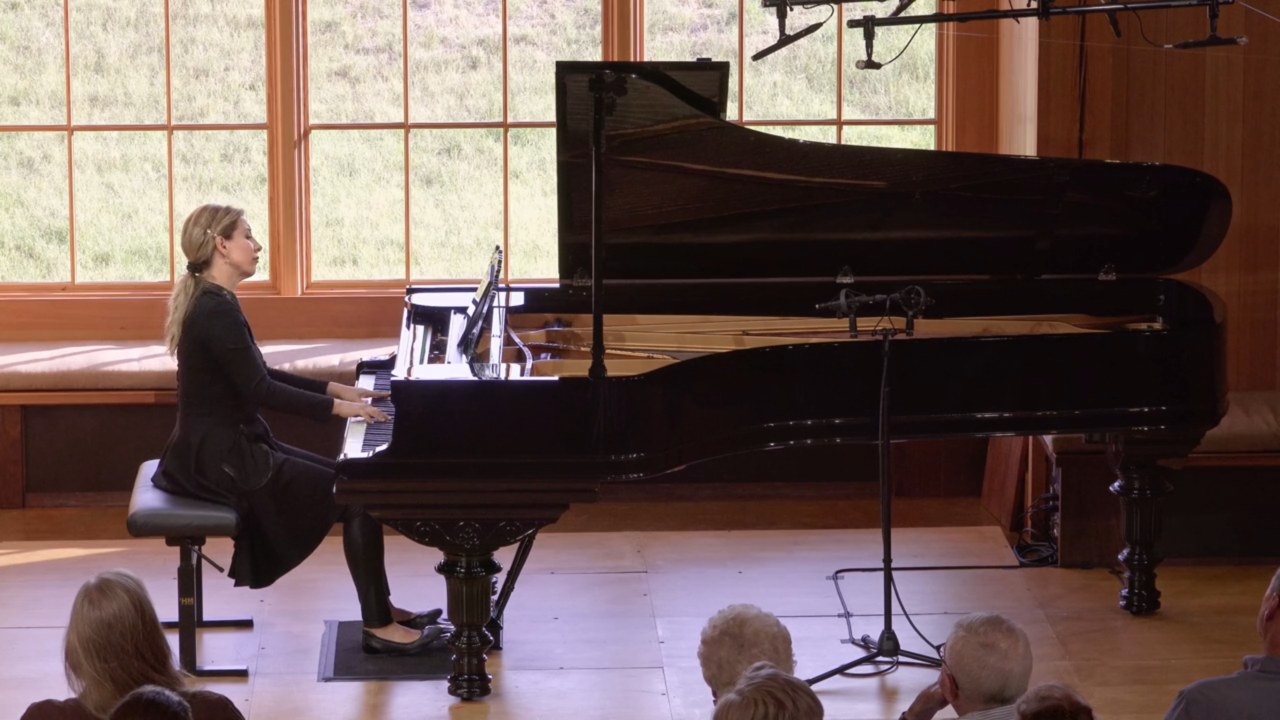 To watch this concert, please visit the Films page here.

The only woman, and one of just a handful of pianists, to win the Gilmore Artist Award, Fliter divides her time between North America and Europe, performing for audiences from San Francisco to Salzburg and in concert halls even farther afield.