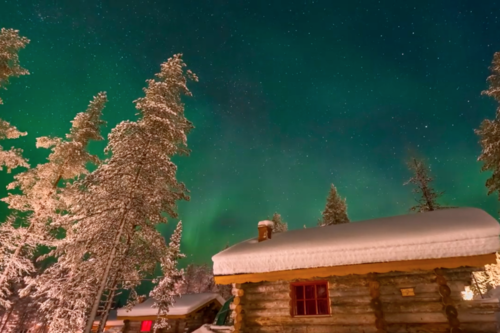 Scriabin had a color system of music based on his synesthesia. Synesthesia is a mystical epiphany where hearing a musical note results in a certain color flashing on the retina, or vice-versa. Nabokov had it. Scriabin intended his music to be played in halls suffused in changing hues. His ultimate concept was the Mysterium, a piece to be played over a week in the Himalayas, whose final chords would induce the Apocalypse.

Scriabin was Chopin incarnate. He was inspired by him, he imitated him, and he was fully his equal. He is Chopin for a new age. He later evolved beyond his Chopin obsession into new mystical heights. But his first and only Piano Concerto is a dreamscape of pure Chopinesque filigree.

Chopin sprung from no one and nowhere. He credited only Bach with having any influence on him. To this day, he remains as unique as Scriabin, the only example of a Chopin emulator whose work surpassed the originals. After a generation of neglect, Scriabin is finally the sublime focus of a new age of Russian pianism, and, most tellingly, of Yevgeny Sudbin. As Gramophone wrote, “I should say that no pianist of any generation has, in my experience, captured Scriabin’s volatility so vividly as Sudbin….[His playing is] flecked with personal touches and brilliances above and beyond even Scriabin’s wildest demands.”

Traveling to Lapland and filming the Northern Lights glimmering around his snow-bound cabin where his children dance, Yevgeny has created the light show which to Scriabin would have epitomized F# Minor, the key of his piano concerto, in the blue-green magnetic curtains of the Northern Lights. As Scriabin wrote in his Poem of Ecstasy, “trembling presentiments of dark rhythm break rudely into this enchanted world….There, under the rays of its dream, emerges a magical world of heavenly forms and feelings, spirit playing, spirit suffering….” 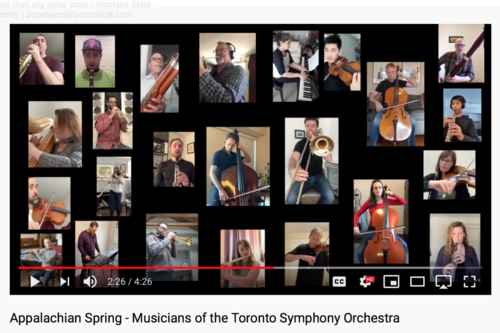 Aaron Copland composed Appalachian Spring in 1942 when the world was in the midst of war. Inspired by the Shaker tune, Simple Gifts, the score was Copland’s creation for Martha Graham’s one-act ballet of the same name, which featured the abstract sculpture of Isamu Noguchi and debuted at the Library of Congress on October 30, 1944. Recently, twenty-nine members of the Toronto Symphony Orchestra, all home-bound and thus playing individually and remotely, collaborated to perform an excerpt of the Pulitzer Prize-winning piece. Among the most inspiring scores of the 20th century, its hope and inspiration shine through in this performance. 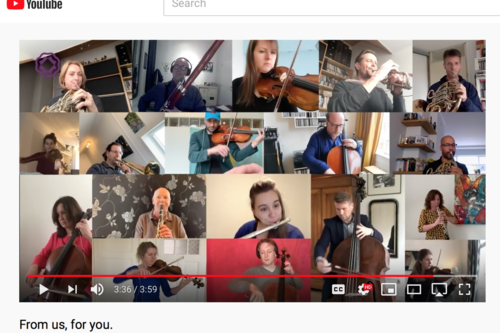 A Real Ode to Joy

Here’s Beethoven’s simple Ode to Joy, from his Ninth Symphony, played—again, individually and remotely and, again, heart-wrenchingly and beautifully—by the musicians of the Rotterdam Philharmonic Orchestra.

In the words of the orchestra’s members:

“We’re adjusting to a new reality and we’ll have to find solutions in order to support each other. Creative forces help us, let us think outside of the box and use innovation to keep our connection and make it work, together. Because if we do it together, we’ll succeed.”

Every day of this tragedy there’s magic that shines through it. To listen and to watch, click here.

Peter, Cathy and the rest of the Tippet Rise Team will be watching for more online performances and will share them here. We wish you and yours inspiration, well-being, and connection in the days to come. 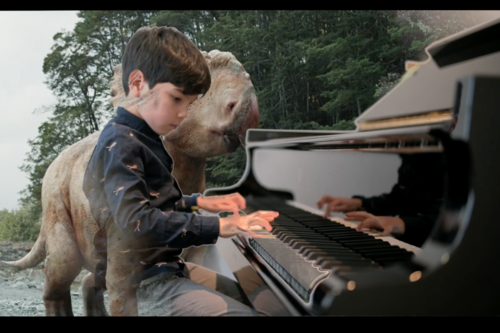 In Quarantine. With Dinosaurs.

For all our friends at home with budding musicians

Here is Alik Sudbin in the Jurassic Era, attracting a diverse audience. His sister Bella is also a talented pianist.

His father Yevgeny has been hailed by The Telegraph as “potentially one of the greatest pianists of the 21st century,” and by International Record Reviewas “one of the most important pianistic talents of our time.”

Although I myself haven’t managed to attract a single stegosaurus so far, I was playing the piano in our house in Colorado a few years ago and turned around to see a small brown bear sitting down outside the window, with his head turned like Nipper, the “His Master’s Voice” listening dog, and, nine feet away from him, a deer listening intently. They were both focused on the music, not on any thoughts of attack or flight.

We had a mouse who would rush out in front of the piano and stand up and listen, with his head tilted, when I played. We never chased him away. You have to take your fans where you find them.

And on the tall sliding glass door of our “piano barn” in Colorado, I found a bear print around eight feet up. He had apparently been leaning on the door, listening to me playing. He was too big to be anything but a Grizzly.

To be eaten is probably a bad review. It’s always a good day at the piano when you’re not eaten. 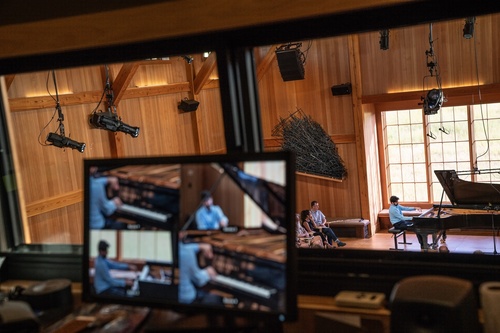 Julien Brocal plays Schubert for the world, from his living room

Our dear friend, the celebrated French pianist Julien Brocal, was inspired earlier this week to share one of Franz Schubert’s sonatas, which he says he only recently discovered. In the video he posted from his home, Julien describes the piece as heartwarming, “a big 20-minute smile,” and we agree!

Thank you, Julien, for the beauty, the warmth and the smile.