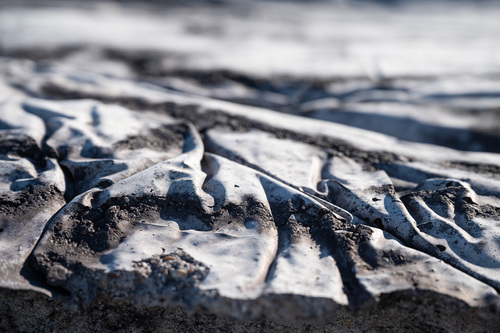 Our hope in founding Tippet Rise is that an alternative could be suggested to the ossified traditions of criticism and exclusivity which have stultified the arts during our lifetime. We felt that classical music, for example, was in the hands of the German Expressionist academicians who had been driven out of Europe by World War II and who had been admirably welcomed in the States as refugees. As a country, we had no critical traditions, no philosophical scaffolding with which to judge music at the time, and welcomed the great legacy of European thought. I myself grew up under this tutelage.

In music back in the 1960’s, the rules were severe: harmony was out, austerity was in. Concerts were somber events. Emotion by performers was regulated. Audiences never met the performers, who never spoke. Newspaper critics dictated every aspect of performance. As the nouveau roman and, later, semiotics, swept France, adjectives were considered indulgent, elegant Proustian constructs were thought out of touch.
Fiction was expected to be as spare as Philippe Starck, Ian Schrager and André Balazs’s sleek, industrial designer hotels. Art was black and white, until Frank Stella brought color back. Clement Greenberg’s opinion dictated value in painting. Architecture was boxy, skyscrapered, until it morphed in the 1980’s into radical new shapes by Frank Gehry and others.

As the internet opened up a new democracy in all art forms, and as print’s influence diminished, innovations and a new freedom became possible. Less inhibiting regulations in concert halls, more inviting concert settings, less mathematical music seemed within reach. Architecture became entertaining, and artistic. Music at Marlboro dispensed with the formalities of the concert hall. Poetry broke out from under the aegis of a few editors. Lyricism in both language and music was no longer forbidden. My astronomy class at Columbia had been taught in Polish. My Schumann seminar had been so boring that the professor fell asleep, and everyone stopped coming.

But during the Columbia riots, I got to sit around William York Tindall’s house and talk about Joyce. I got to drink wine while talking about Proust in French at night with our teacher. This opened up a new world for me. Knowledge became personal, not impersonal.

I was the sole student on the administration committee at Columbia University which was charged with developing new multi-disciplinary courses which would assuage the disaffection of the student body after 1968. This restructuring happened at colleges around the country. The mists cleared and a vision of a better world was briefly visible. It’s difficult to change entrenched bureaucracies, however; it’s easier to change individuals.

I emerged from that chaotic period with new hopes for education. The time I spent in Boston in the heady atmosphere of change in the 1970’s solidified my feeling that the arts could become less exclusive, and more cooperative.

Cathy and I have always believed that musicians would profit from knowing a bit of poetry, literature, and science. That scientists could open their field to philosophy and poetry. That great discoveries often arose when disciplines intersected. I was thinking of the poetic pedagogy of Russell Sherman at the New England Conservatory, of the interdisciplinary explorations of Einstein and Feynman, of the scientific plays of Frayn and Stoppard, of the radical stagings of Peter Sellars, who reimagined Wagner’s Tristan and Isolde in an airport lobby, or Handel’s Julius Caesar in a beach resort, or Mozart’s Nozze di Figaro in Trump Tower. He also modernized the emotional range of the singers. Along with Sarah Caldwell’s Boston Opera Company, he introduced contemporary behavior into opera, which the Royal Shakespeare Company had been doing for decades in theater. I was lucky to have been by accident in Boston and in London for much of that.

Cathy and I decided we could concretize this multidisciplinary world view and create a visceral interaction between the arts, so that the landscape could color musical performances, so that we could bring the outside inside, so that we could address astronomy through sculpture, so that poetry could bring a new vocabulary to the way we thought of music, so that scientific ideas could infuse art, music, and poetry with new horizons.

The musicians and artists we bring to Tippet Rise are part of this interactive vision. For example, the pianist Lucas Debargue said he wanted to tour the land so he could put it into his concert. The composer Julien Brocal composed a piano piece for the Calder mobile hanging in the music barn, Mickey Houlihan and Kathy Kasic made a film of the mobile using his music, and I wrote a poem about it. Greg Anderson, Liz Roe, and Yevgeny Sudbin have made films of their playing outside. Our Artistic Advisor Pedja Muzijevic has made films of Arlen Hlusko playing new commissions under Joel Shapiro’s sculptures, of the Westerlies playing in Mark di Suvero’s New York studio, of the Imani Winds playing under Alexander Liberman’s monumental sculpture, Ithaca, at Storm King. Schoolchildren have built homages to Patrick Dougherty’s Daydreams in their own communities.

It is our hope that others will use the template of Tippet Rise as a springboard for their own dreams, for their own interactions, for their own happiness. When I spent a day writing about Bernard Rosenthal’s Alamo Cube in Astor Place back in 1967 (it was an assignment while I was at the NYU film school), the associations it suggested infused my imagination with the endless potential of sculpture to change lives.

It changed my own life in fact. It created Tippet Rise, along with the time Cathy and I spent with the di Suvero sculptures at Storm King in the 1980’s, and on the great lawn overlooking the Riviera at the Fondation Maeght sculpture park in Saint-Paul-de-Vence.

As the infinite horizon of the ocean suggests adventures, islands, futures not exactly present at that moment, we hope you will let the music you hear and the sculptures you visit suggest dreams, projects, essays, poems, novels, jobs, futures, that will make your lives as exciting as those encounters have made ours. Our lives begin with the life of the mind. 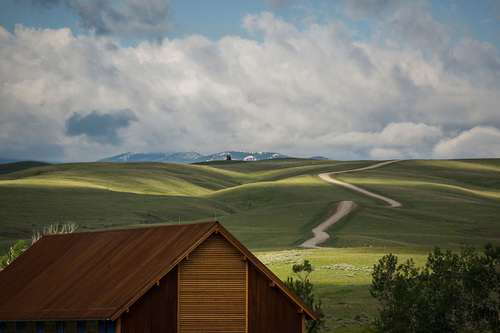