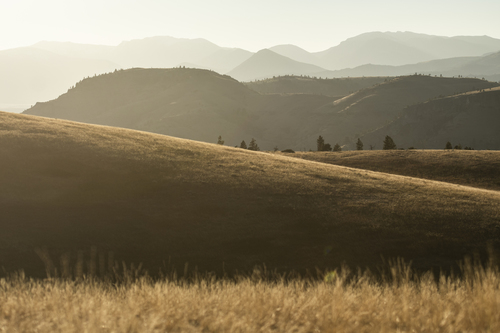 The Tippet Rise landscape and the Absaroka Mountains. Photo by Erik Petersen.

John recomposes the planet. He has composed the ocean, the desert, the earth itself. He has done it in the Atacama Desert in Chile, in the interior of Alaska — and in Montana.

He has written books: Winter Music: Composing the North; The Place Where You Go to Listen.

In 2014 he won the Pulitzer Prize for Music for Become Ocean. He was named Composer of the Year by Musical America. He won a Grammy.

The composer might be the ethical nuisance of music. If the music could just emanate from the skies themselves, from the fields. From the high grass when you walk through it.

So John has created music without the middleman, without himself. John doesn’t so much write music as music writes itself through John. John’s music comes from the wind, from the grass, from the music of the spheres. He somehow creates wind, desert, ocean, canyons, grasslands, the Northern Lights.

It’s as if the Northern Lights had a voice.

We are honored to present John’s String Quartet No. 5: Lines Made by Walking, performed by the quartet for which it was written, who have worked extensively with John on many concerts and albums: the JACK Quartet: John, Jay, Chris, and Austen. 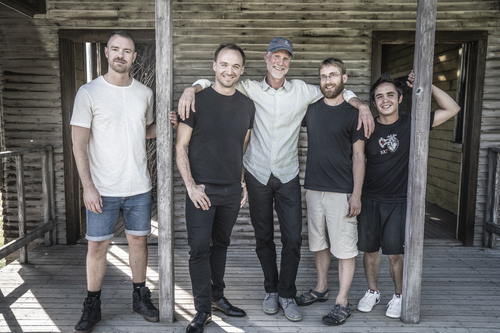 John Luther Adams and the JACK Quartet at Tippet Rise in 2019. Photo by Erik Petersen.

Released September 18th, 2020, by Cold Blue to coincide with Farrar, Straus & Giroux’s publication of John’s autobiography, Silences So Deep, String Quartet No. 5 was commissioned by Tippet Rise and composed here in 2019. John has written of it:

“I’ve always been a walker. For much of my life I walked the mountains and tundra of Alaska. More recently it’s been the Mexican desert, the altiplano, quebradas, and mountain ridges of Chile, and the hills and canyons of Montana. Making my way across these landscapes at three miles an hour, I began to imagine music coming directly out of the contours of the land.

I began work on my fifth string quartet, Lines Made by Walking (2019), by composing three expansive harmonic fields made up of tempo canons with five, six, and seven independent layers. (This is a technique I’ve used for years, in which a single melodic line is superimposed on itself at different speeds.) Once I’d composed these fields, I traced pathways across them. As I did this, each instrument of the quartet acquired a unique profile, transforming the strict imitative counterpoint of the tempo canons into intricately varied textures.

In the mornings, in my studio, I would search for the most fluid and beautiful routes across my musical landscapes. In the afternoons, on my walks, I’d follow the contours of the land, along old tracks and animal trails or watersheds and ridgelines. In the process I discovered something approaching a true multi-voice polyphony - not so much through my fingers on the piano keyboard as through my feet, walking across open ground.” 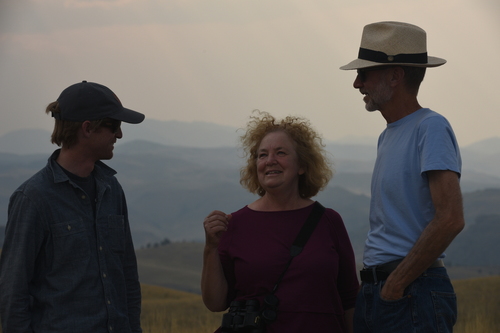