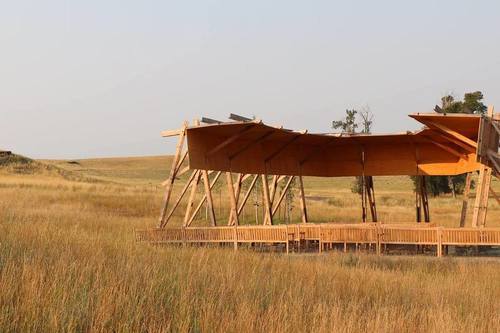 We had been talking with Arup Engineers in New York for years about various outdoor pavilions they’d designed. Finally, I designed my own, because we had a lot of leftover doors, and I saw them as a great way of bouncing sound to an outdoor audience.

Alban Bassuet was so horrified by my Rube Goldberg version that he leapt into action and, with Willem Boning at Arup, designed what is now the Tiara Acoustic Shell, a wall-less, roofless shed that bounces music to an outdoor crowd using only the top corners of an otherwise invisible room.

You can see from the acoustic studies how the sound lines carom off the walls. If you add in a slight overlap from a partial roof, the secondary and tertiary sound-bounces intensify. Alban and Willem discovered that 90% of concert sound comes from the top edge of the walls, where they meet the ceiling. 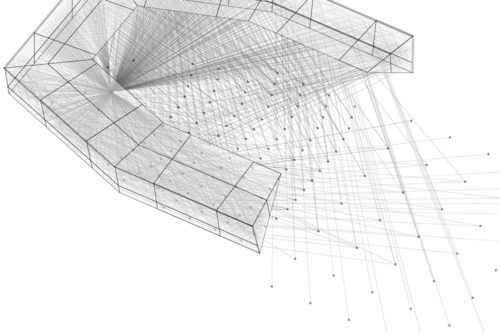 Laura Viklund and her husband Chris Gunn built this “shell” in a month in Cody, Wyoming out of plywood, drove it up to Fishtail in pieces, and put it together in a very frantic week. We’ve since moved it to another gorgeous location closer to the Olivier Music Barn.

We asked the Red Lodge Chamber Players and the Magic City Strings to play the Dvořák American Quartet in it. The result is on the website, tippetrise.org. The American Quartet was the perfect piece, because Dvořák wrote it for the underdogs, for Native Americans, African Americans, immigrants. Dvořák himself, as a Czech, was regarded as a gypsy by the Prague Symphony, and had to fight prejudice all his life to become the legendary composer he suspected he might be. The uniquely American spirituals, hymns, and the sheer freedom of our wide open ranges are evident throughout the piece, as is the Scarlet Tanager in the third movement, a bird which was bothering Dvořák in his studio, so he wrote it into the quartet and it became an asset (a great way of dealing with difficulties).

The musicians were astonished, because they heard the supportive reverberation of a small, wood-paneled concert hall, as did the audience. But you could see everywhere around you, and the presence of the American West on every side of and above the musicians was the final psycho-acoustic contribution of the land to the music, as the Dvořák’s American Quartet, written in 1893 in Spillville, Iowa, has for so many years contributed to the myth of the American West. 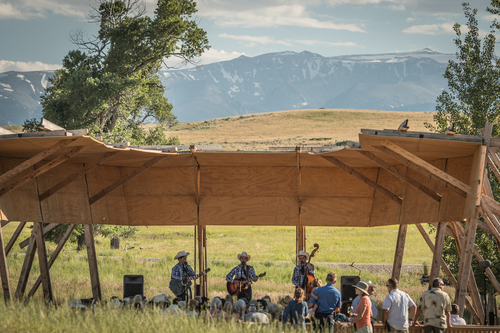 “We’d like to bring this sense of fun and complicity with art, freed from the confines of the indoors, to the great spaces of the West.” 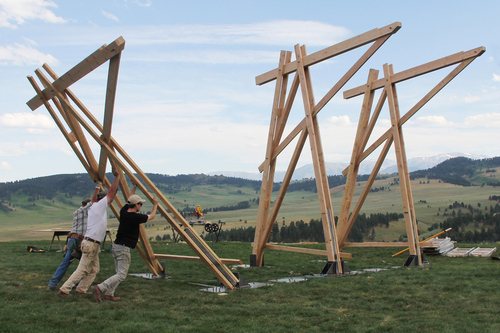