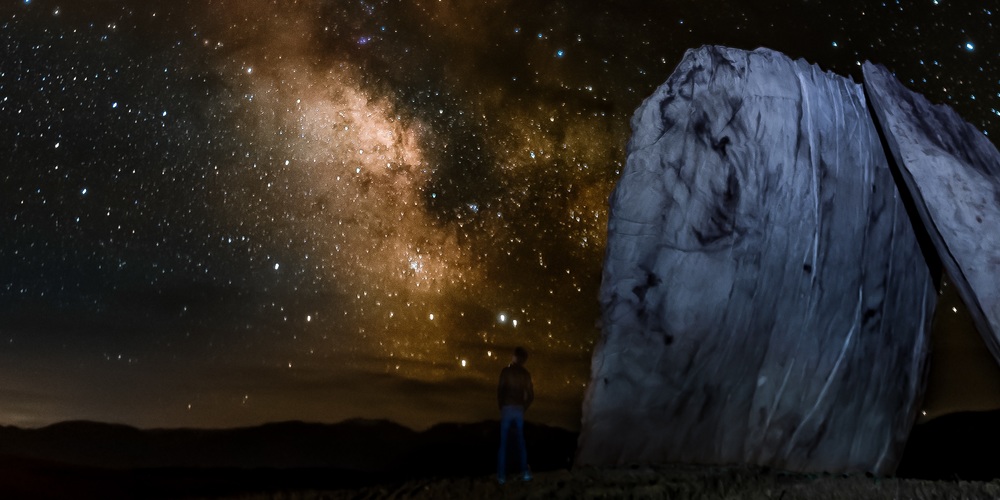 Peter at the Piano: Overtones - The Unseen and Unheard

Music can be more than music and our relationship to our surroundings is shaped by things we can’t see or hear, but which nevertheless control the world we live in. Tippet Rise cofounder, Peter Halstead, examines how music composition can illustrate social theories, the evolution of humans, and falling in love.

MELISSA MOORE: Welcome to the Tippet Rise podcast, brought to you from Tippet Rise Art Center, located on a 12,000 acre ranch in Fishtail, Montana, just north of Yellowstone National Park. I’m Melissa Moore. At Tippet Rise, we celebrate the synergy of art, architecture, music, and nature, out of which we weave our identities. In this month’s episode, cofounder Peter Halstead discusses how our relationship to our surroundings is shaped by things we can’t see or hear, such as overtones, which nevertheless control the world we live in. In parts of this episode’s musical score you will now be able to hear the overtones which come from the notes “C” played on the Vladimir Horowitz Steinway called, CD-18.

PETER HALSTEAD: Today I’d like to discuss the idea that music sometimes means more than music. But first I’d like to play a piece written in 1896, 123 years ago. It’s called Sunrise. It’s about a sunrise, but it also uses notes to represent the evolution of man. And finally its notes are entirely in the key of C. There are very few pieces that have no sharps or flats. Here’s one from Grease: Those Magic Changes.

The composer uses only the notes which are the overtones of a basic C note. That is, the notes aren’t scales or melodies. They are only the sympathetic vibrations which happen when you play the note C on a guitar or a violin or even a piano, and other frequencies respond. I’ll explain more about that later.

As Jim Jacobs and Warren Casey explain about the notes in Grease, they remind us of the night that we first fell in love. The chord structure is the one that lies behind so many rock and roll songs written in the 1950s and 60s, you could say it’s the underlying basis for rock and roll itself.

Strangely, they’re exactly the same chords which the piece Sunrise uses.
The piece starts with a growl in a low C. NASA has demonstrated that black holes have a frequency. They sing. They’re a low E-flat.

Somehow the composer knew that there’s a fundament, an underlying sound in the sky. The music of the spheres. Today we know because of quantum mechanics that there’s an energy grid that underlies all of creation. This trellis of energy waves and particles makes it possible for what’s called energy exchange, where if you exert a force on an atom, its twin atom, which could be billions of light years away, will react at the same time. So there’s a grid which allows energy to travel vastly beyond the speed of light. It allows the universe to pop up, to expand at the Big Bang to an infinite size in less than a second.

So out of this rumbling, this dramatic foreshadowing, this anticipatory yowl, comes life. There’s one note which is a flat in the piece, because the overtones created by the C are G, C, E, but also A-flat. The composer has hidden the A-flat in a chord, but it’s there.

So here’s the beginning of the sunrise, with the light glinting just over the horizon, then glaring with the full power of the sun, then rising higher and higher into the sky until the sun has been piped up to the zenith at noon. Orpheus used to play the sun up, and Osiris tugged the sun god Amen Ra into the heavens on two solar barges, the sun boat Atet.

Stanley Kubrick used this piece in 2001: A Space Odyssey to suggest the dawn of man, rising from apes into astronauts, which was what Nietszche talked about in his book, Also sprach Zarathustra, how man evolved from apes into supermen, Übermenschen.
In navigation, there’s a space just over the horizon called the offing. Sometimes you can see a sailboat reflected in the sky. It’s not in the sky. It’s in the offing. The offing is the space just below the horizon that we can’t see. If a boat is hidden there, water particles carry it up into the sky and make it into a mirage, a phantom ship.

The Northern Lights are made up of similar particles, magnetic particles which hit the air and make the secret structure of the atmosphere visible, veils of colors. We are surrounded by secret structures which we can’t see or hear, and yet which certain tricks can make visible.

He painted a painting which you stared at. Then you closed your eyes, and the real painting appeared on your eyelids. Not the colors you saw, but their complementary colors, their opposing colors. The hidden painting. The palimpsest. For instance, the opposite of blue is yellow. If you mix them together, you get no color, or grey. These are optical illusions, based on how the rods in our eyes are constructed. Shadows contain colors opposite to the object that makes them. A red apple will have a blue-green shadow.

Composers have written programs for computers in tones higher than the ear can hear. Those notes create undertones which we can hear, and that’s the piece the composer intends us to hear, the way Goethe intends us to see the painting on our eyelids when our eyes are closed, not the painting on the wall.

Just as there are boats hidden just over the horizon, there are frequencies hidden just under and over each note which contribute to the note, as complementary colors combine to enrich a color.

Strauss in his piece Also sprach Zarathustra was trying to illustrate the social theories of Nietzsche, of Giambattista Vico, and of Oswald Spengler. They described how societies rose and fell. First you had a pagan society, which believed in many gods, like the ancient Greeks and the Norse. Then a monotheistic society developed, like Christianity, with one god. This was matched by a society which believed in kings. After that, a democracy evolved, in which every man became a king. Then you have chaos, where society disintegrates. As T.S. Eliot wrote, the center cannot hold.

Oswald Spengler believed that society was a superorganism with a limited lifespan, after which there would be a pre-death emergency which would necessitate Caesarism, such as a Mussolini or Hitler. And so Strauss equates notes and chords with Vico and Spengler’s social evolution.

They weren’t just notes: they were the overtones that arise out of the fundament, the note C. If you hold down the damper pedal on the piano and strike C, you hear some of the colors of the keyboard, the harmonies, sympathetic vibrations, as strings on a guitar or a sitar vibrate in empathy when they hear another sound on another string.

The main overtones from C are G, C again, E, and E-flat. These are the notes that arise out of the cloud, the haze of sound when you keep the pedal down.

The fundament is the energy grid that underlies the universe, the Anthropocene, the time of man on earth. C is primeval society: cavemen, early societies who had many gods. G is a theocratic society, like early Christianity. C is democracy. C minor are the wars, the disintegration of social order, the sudden shock of anger, crime, hatred. But the question of war, of evil, is answered by a triumphant resolution, the promise of mankind. This is followed by revelation: the capacity of mankind for invention. Three chords fill in the remaining overtones, A, G, and then C again. And then the climb to the heights, a fanfare to the achievements of man. And finally, out of the noise of triumph and ego, what survives is a distant, modest C chord on the organ. Humanism. The world has been formed out of the overtones of the note C.

It isn’t the notes, but it’s the meaning beyond them, over the horizon, in the offing. A piece is formed, not out of the notes that are written, but out of the entire palette of notes which tag along with the ones that are played.

This is true of asteroids. They all vibrate together. They stay in tune. When one of them slows down and loses the harmony, they are expelled from the asteroid belt.
Solar systems are made up of planets singing the same song, holding the same harmony. When they lose the tune, it’s chaos, and they are pulled out of the cosmic structure.

The world is made up of things too big to see, like supernovae, or too small, like atoms, or too subtle to hear, like overtones. Our life is shaped by things that we can’t see, or hear, but which nevertheless control the world we live in.

The Music of the Spheres: Music, Science, and the Natural Order of the Universe, Jamie James

The Harmony of the Spheres: The Pythagorean Tradition in Music, Joscelyn Godwin

Harmonies of Heaven and Earth: Mysticism in Music from Antiquity to the Avant-Garde, Joscelyn Godwin