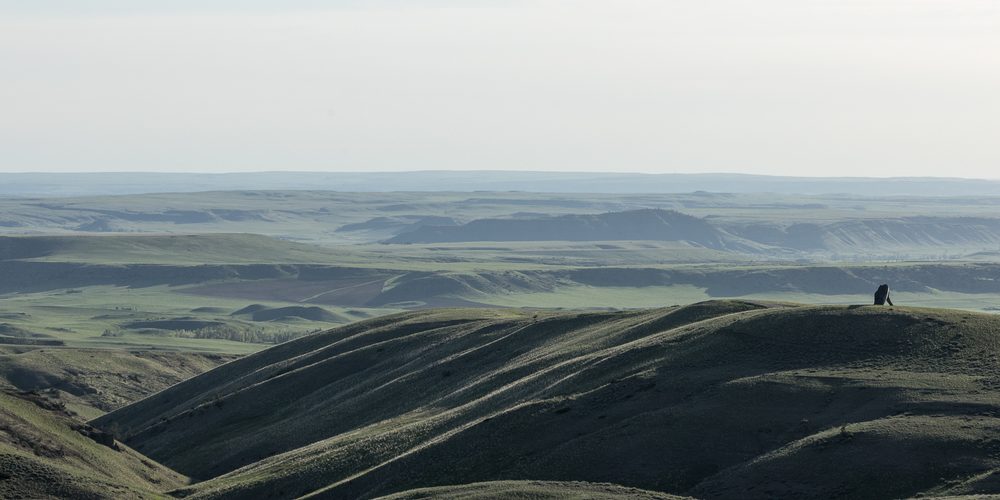 Our identities are shaped by the cultures that surround us. In this episode, we journey around the world to hear how the national identities of three composers influenced their music. Featuring music by Frédéric Chopin, Isang Yun, and Francisco Mignone.

DEVANNEY HARUTA (HOST): Ask someone where they’re from, and a lot of times, you won’t get a straight answer. Maybe they grew up in Florida but later moved to Colorado. Maybe they were born in England, went to college in Texas, lived in Brazil for three years, and then settled in Montana. It doesn’t matter how long or far we’ve journeyed, and whether or not we can actually choose where to make our homes. In all cases, our identities are shaped by the cultures that surround us. For musicians, the imprint of their nationalities inevitably shows up in their music.

You’re listening to Tippet Snippets, a podcast that explores the music, art, and nature of Tippet Rise Art Center in Fishtail, Montana. I’m Devanney Haruta, and in this episode, we’ll explore the immigration journeys of 3 classical composers, discover the political challenges they faced, and we’ll celebrate the diversity within their music.

We’ll start in Poland in 1830. Frederic Chopin is ready to leave his home in Warsaw, where he grew up and studied music. He has already gained fame as a child prodigy pianist, and now that he’s 20 years old, he’s becoming well-known as a composer as well. This November, Chopin will depart from Poland and head out into Western Europe, to make his way in the world, so to speak. After a bit of traveling around, he’ll settle in France, where he will spend the rest of his life. With 20 years in Poland and 19 more in France, Chopin will have divided his life almost equally between the two countries.

In France, musicians, artists, and writers would gather at events called “salons” where they would share their work with close friends. Chopin performed almost exclusively in salons, and his music reflects this aspect of his French culture. Most of his works are written for solo piano, the instrumental favorite of the salon. We can imagine people gathering around the piano, listening to Chopin play this piece.

The roots of this music, however, are not French. This is Natasha Paremski playing Chopin’s Mazurka in C-sharp minor, op. 63, No. 3. The Mazurka is a dance – really, a blend of several dances – that proudly represented the Polish nation. Poland’s national anthem is, fittingly, a Mazurka, and around the country, no celebration was complete without the dance. Listen to the triple meter – the one-two-three rhythms – that make the music ideal for dancing.

When performed in France, the Mazurka also took on political meaning. At the time, Poland was under Russian occupation, and was struggling for its freedom. For Chopin to perform Mazurkas in France was a sign of solidarity with his oppressed nation, and a symbol of pride for his nationality.

Chopin composed this Mazurka in C-sharp minor in 1846, during the last year of his life. He never had the chance to return to Poland – Russian oppression and political turmoil made traveling difficult and dangerous. When he played this Mazurka in the haven of the French salon, was he feeling nostalgic for his home country? Was he feeling grateful for having escaped a life of political oppression? Perhaps a bit of both. The music is a little bit French, a little bit Polish, and entirely Chopin.

Let’s go forward in time by about a century, and travel east from Europe, toward the Pacific Ocean. We come to Korean composer Isang Yun, who, like Chopin, was also an immigrant. To say he had a difficult relationship with his home country would be an understatement. As he was growing up in Korea in the early 1900s, the country was under Japanese occupation and simmering with political unrest. Yun was an active advocate for Korean independence, and in 1944, his demonstrations against the Japanese government earned him two months in prison. He eventually moved to Germany in 1957 to study music and to pursue his already successful career as a composer. But he had not left his political entanglements behind. Just 10 years later, in 1967, the South Korean government tracked him down in Berlin, accused him of spying for North Korea, and abducted him from Germany.

Yun spent two years, probably the two most torturous years of his life, in prison. Prominent German officials, artists, and musicians petitioned for his release, and eventually, having survived unspeakable torture and a suicide attempt, he was freed. He returned to Germany and almost immediately nationalized as a citizen. He would never again return to Korea.

One of the first works that Yun published after his release from prison is a piece for solo cello titled “Glisseés.” On first glance, it is a piece straight out of the technically-minded 1960s German academy. The piece is a sonata in four movements, a structure typical of and beloved by Western European music. The rhythms and pitches are meticulous notated. Don’t worry if you’re unfamiliar with music notation; this just means that the page is covered in squiggles, dots, and dashes, and the music looks like something you might find hanging in a modern art gallery. When we listen to Matt Haimovitz play “Glisseés” at a Tippet Rise concert, we can hear that the music sounds as modern as it looks. The lack of a tonal center and notes that jump around on the staff without any clear pattern are sure marks of Yun’s German schooling.

But there’s something more underneath this conglomeration of randomness and precision. Another voice emerges, one that doesn’t speak in a twelve-note chromatic scale. The title, Glisseés, points to the glissando as a featured element of this piece. A glissando defies the structure of a scale: it is a slide between notes, a slide that sounds all pitches equally.

Yun uses this technique to evoke the sounds of traditional Korean instruments, without imitating any one in particular. Other musical elements such as a wavering vibrato, trills, grace notes, and microtones define loose boundaries for pitch and timbre. Elements of Buddhist chants and Korean court music are also present, in the slow pacing and lack of a regular meter, which Yun ensures by omitting bar lines from the score. The cello may be a Western instrument, but in “Glisseés,” it sure doesn’t sound like one. It’s not surprising to learn that Yun himself was a cellist. If anyone could transform the instrument in this way, it would be him.

In his music, Yun was not caught between his German and Korean national identities; rather, his compositional voice was a fusion of the two.

Whereas Chopin and Yun were both immigrants and both made their homes in two different countries, Francisco Mignone was born in Brazil and lived there his whole life. This doesn’t mean that his national identity was limited to a single country, however. His parents had emigrated from Italy in 1896, just one year before Mignone was born, and so Italian culture was extremely present in his home life. Mignone spent his mid-twenties living in Italy, where he studied music at the conservatory in Milan. Elements of his formal Italian training are evident in his music: he wrote several operas, ballets, and orchestral works, and even experimented with modern techniques such as atonality and serialism.

Even with his Italian training and family heritage, Mignone was Brazilian at heart. Brazilian folk songs, popular melodies, and improvisations pop up all over his music. Late in his life, at age 85, Mignone wrote a set of waltzes for solo bassoon that captures the blend between his Italian and Brazilian styles. Bassoonist Frank Morelli played a couple of these waltzes for us at a Tippet Rise concert, and here’s his perspective on what makes Mignone’s voice one-of-a-kind:

FRANK MORELLI: Francisco Mignone, he was the son of Italian immigrants to Brazil. And when Italians left, they didn’t all just go North to Ellis Island, a lot of them went to Central and South America, including a lot in Brazil and in Argentina, for instance, and all over. And so, Mignone was part of the first generation was very interested – I sit here with a Brazilian behind me, but anyway… [audience laughter] – that wanted to establish their own sound, their own voice, a Brazilian… that they weren’t the result of just colonization from Europe. To me, these pieces definitely have a Brazilian sound. They were written in sort of choro-style, kind of street music style of waltzes. But, having grown up in an Italian immigrant family and remembering hearing my family singing the old Neapolitan songs – I hear that also in this music.

HARUTA: Frank plays a waltz titled “The Modinha that Villa Didn’t Write.” Let’s break down the different elements of this title to see how it’s unmistakably Mignone. First, a Modinha is a sentimental love song from Brazil, and in this piece, it’s sung by a solo bassoon. So, we have a traditional Brazilian folk song played by an instrument from the classical European tradition. Next, the “Villa” that Mignone references is none other than Heitor Villa-Lobos. He was the most prominent Brazilian composer in the 20th century, and someone that Mignone looked to for musical inspiration. By identifying the piece as one Villa-Lobos didn’t write, Mignone tells us that he’s following in the footsteps of an authentically Brazilian tradition. But he’s also carrying the music in a new direction. As Frank told us, Mignone’s generation is one of multi-cultural Brazilians. This music is the sound of a new Brazil. Here is a taste of Mignone’s waltz for solo bassoon, played by Frank Morelli: “The Modinha that Villa Didn’t Write.”

From Brazil to Italy, Korea to Germany, Poland to France, composers’ musical voices are as diverse as their origins. It’s only when we listen that we can hear what makes their voices truly unique.

Frédéric Chopin: Mazurka in B Major, op. 63, No. 1
Performed by Natasha Paremski