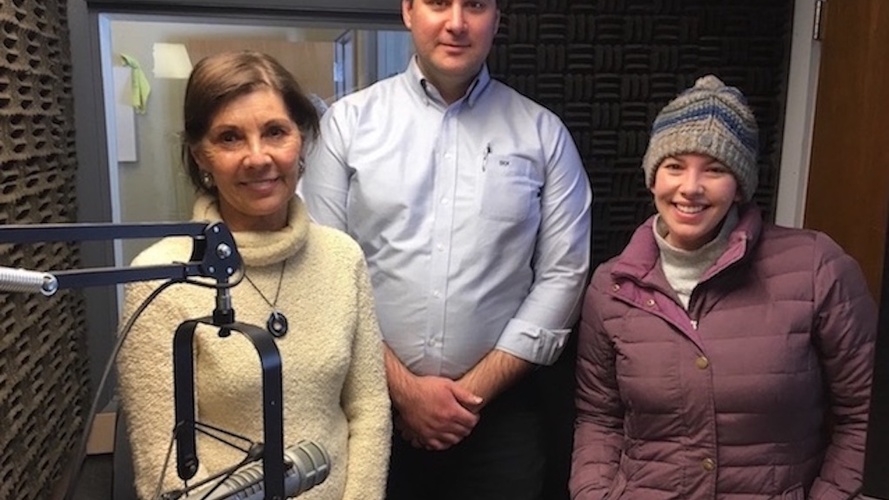 Recently, our very own Melissa Moore (pictured above to the right) stopped by Yellowstone Public Radio headquarters in Billings, Montana to give an interview about our Spring Film Series, which begins on Friday, May 4 with Macbeth. One of the friendly faces visitors often see at the art center, Melissa serves as Communication and Administration Manager for Tippet Rise. Melissa spoke with Anna Paige, co-host of Resounds: Arts and Culture on the High Plains. The two discussed Tippet Rise’s unique relationships with the UK’s National Theatre and the Royal Shakespeare Company, which allow us to screen productions directly from those stages to the Olivier Music Barn. Melissa grew up in New Hampshire and was a thespian and a theater student before moving to Montana in 2013. Her studies and acting took her to Scotland, England, and Nova Scotia. Who better than Melissa, then, to discuss the film festival? The interview aired on Yellowstone Public Radio on April 23rd, but you can listen to it online by visiting the link below.