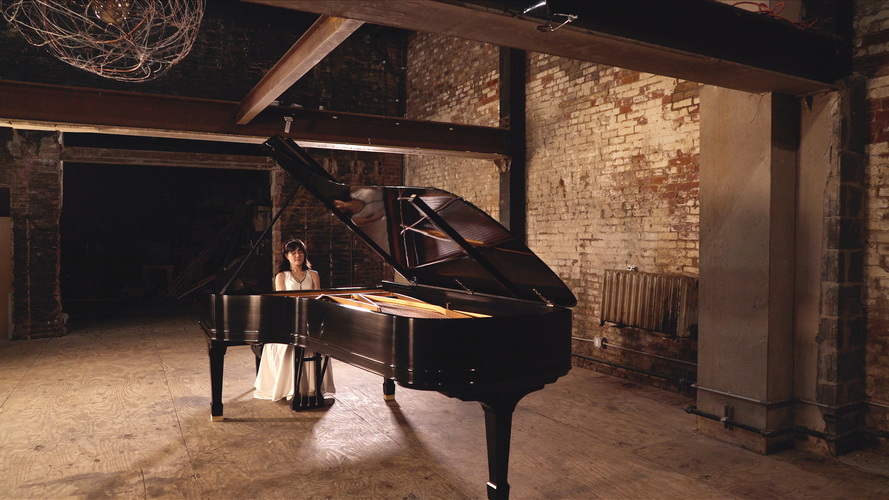 Tippet Rise on Tour: August Festival may be over, but the festival’s concerts remain available to stream on demand, for free!

Seven short films featuring classical music performances by an extraordinarily talented group of artists will take you on a musical and artistic journey to a range of unexpected locations, starting with the Cyclopean House, the incredible Brookline, Massachusetts home and workplace of Antón García-Abril and Débora Mesa of Ensamble Studio, where violinist and rising star Geneva Lewis will delight you with an eclectic mix of works. From there you head to New York and the Jerome Robbins Theater at the Baryshnikov Arts Center for a captivating performance by Brandon Patrick George, flutist of the Grammy®-nominated Imani Winds.

Next, you will visit one of the most tranquil and beautiful places in all of New York City—the Noguchi Museum—to listen to exciting new works and poetry performed and read by the Grammy Award-winning cellist Arlen Hlusko, followed by a film featuring the wonderful and energetic pianist Jenny Chen at the Blue Gallery in Manhattan.

And then you travel to a far more unusual location—a tractor barn nestled in Colorado’s Vail Valley at nearly 9,000 feet—where pianist Anne-Marie McDermott devotes her program to one of Schubert’s masterpieces, his Piano Sonata in B-flat Major.

The festival concludes back in New York with two films—one beneath a church in Brooklyn at The Gymnasium-Gymnopedie, featuring the solo-voice ensemble The New Consort, and then again at the Blue Gallery for a performance by pianist Michael Brown, featuring a work of his own composition, Breakup Etude for Right Hand Alone, along with works by Chopin and Mendelssohn.

Full program details and links to each day’s performances are listed below, as well as on the Tippet Rise Virtual Events page. All performances remain available to stream on-demand for free.