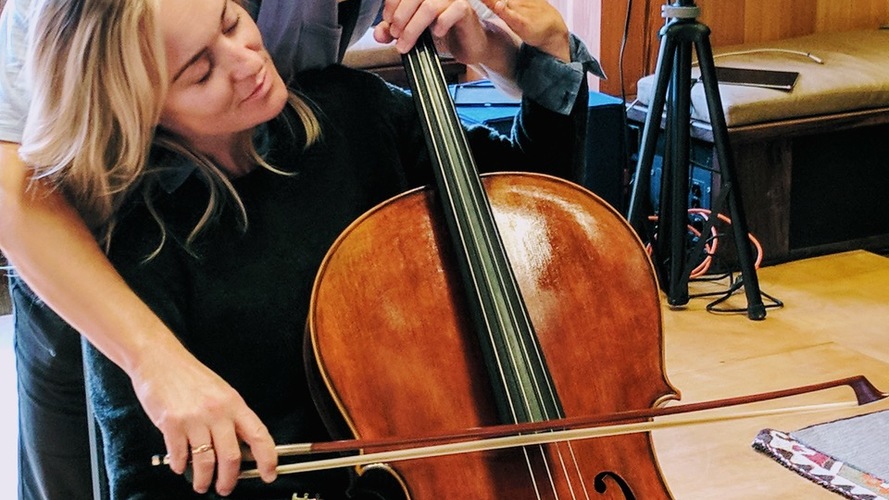 In early October, noted composer Luna Pearl Woolf traveled to Tippet Rise, bringing with her a cadre of opera luminaries from various points across the continent to workshop and film three scenes of Woolf’s newest opera, created with Librettist Royce Vavrek. Entitled Jacqueline, the work explores the life and tragically brief career of the great British cellist, Jacqueline du Pre.

By her 20th birthday Ms. du Pre was one of the world’s most celebrated cellists, touring the grandest stages and recording extensively. Yet, her musical prime would last barely a decade. At the age of 26, she began to lose sensitivity in her fingers. Two years later, Ms. du Pre was diagnosed with multiple sclerosis. She died at age 42, in 1987.

Woolf and Vavrek’s work explores Ms. du Pre’s dynamic inner life and singular musical personality, delving into her struggles with the disease and her relationship with the conductor and pianist Daniel Barenboim, whom she married at 22. Starring soprano Marnie Breckenridge and cellist Matt Haimovitz—Woolf’s husband—the opera is directed by Michael Mori of Toronto’s Tapestry Opera, where the work will premiere in fall 2018. It will go on to tour select locations in North America and Europe. For more information about Ms. Woolf, whose music The New York Times calls, “blazingly ardent and softly haunting,” please click on the link below.