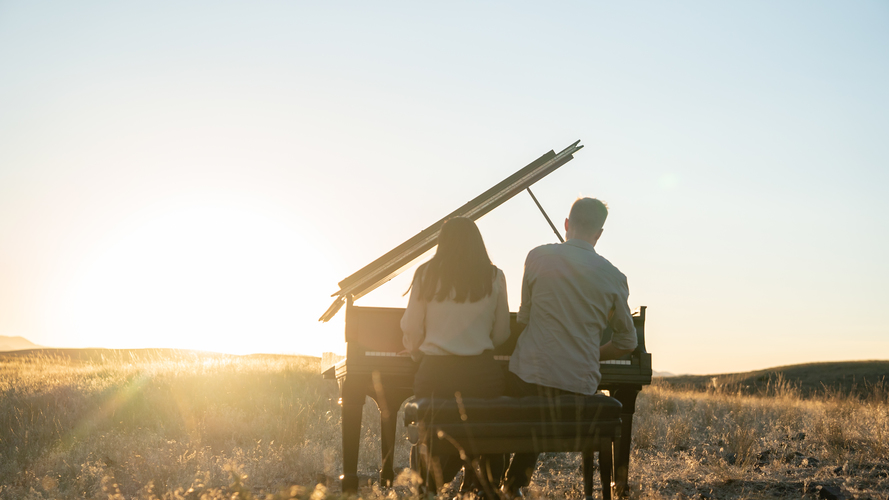 There's still time to watch our first online event of 2021

In September of 2019, the Anderson & Roe piano duo gave a spectacular performance at Tippet Rise. A film of the concert, and a live pre-concert talk, took place online on Thursday, January 14, but if you missed the event, you’re still in luck! The performance remains available to watch from the comforts of your home.

Greg Anderson and Elizabeth Joy Roe have released chart-topping, critically acclaimed albums, produced Emmy-nominated music videos, and garnered millions of views on YouTube. With the legions of fans who flock to see them in concert, it’s no wonder the Miami Herald described them as “rock stars of the classical music world.”

The duo’s incredible concert at Tippet Rise features works from two iconic 20th century pieces, Stravinsky’s Rite of Spring and Bernstein’s West Side Story, with works by Gluck and Piazzolla in between. To watch it, please click on “More info” below.