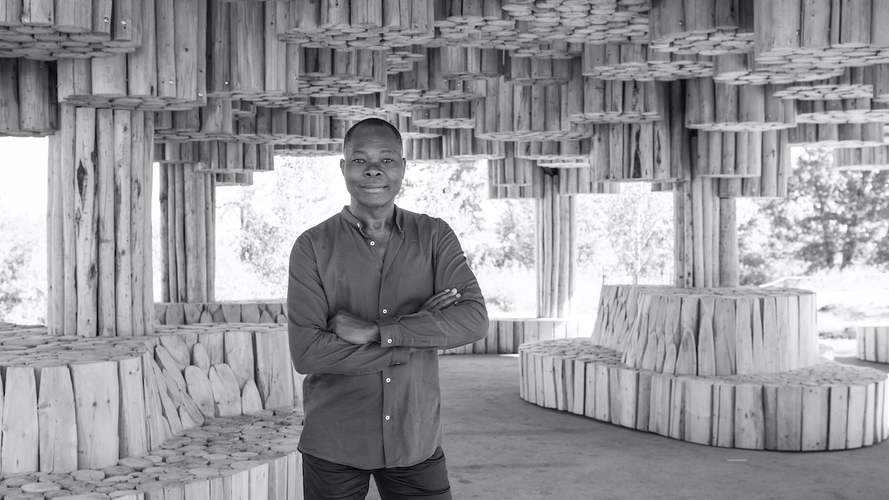 Francis Kéré’s new structure for Tippet Rise officially opened to the public in early-July of last year. The 2,100 square-foot pavilion, named Xylem, is nestled in a grove of aspen and cottonwood trees at the edge of the art center’s main campus.

Kéré is known worldwide for his environmentally sustainable, community-centered approach to architecture. His award-winning work spans the globe and includes the 2017 Serpentine Pavilion in London’s Kensington Gardens and a large-scale sculptural installation at last year’s Coachella Festival. Yet, much of his award-winning work, as Justin Davidson, the architecture critic for New York Magazine points out, is tucked far away from the din and limelight of these places—in a village in Burkina Faso.

For the February episode of the Tippet Rise podcast, the classical music radio announcer, Naomi Klein, interviews Kéré. The two discuss his childhood in Gando and his efforts to help that community build a sustainable future and they discuss Xylem. Klein also speaks with Davidson of New York Magazine and she talks to Peter and Cathy Halstead, the co-founders of Tippet Rise, as well as visitors to Xylem on a sunny summer day in 2019.

“He’s the world’s most famous architect for buildings that very few people have seen,” said Davidson. “It’s miraculous that he even learned to read and write, that he got an education, that he trained as an architect. I mean, coming from where he came, there was nothing that you could take for granted about any of that. What’s great is that he brought all of that experience with him. It’s not just that he left it behind and became somebody else. He never forgot where he was from, or what formed him as a person.”

To listen to this fascinating episode, click on “More info” below.