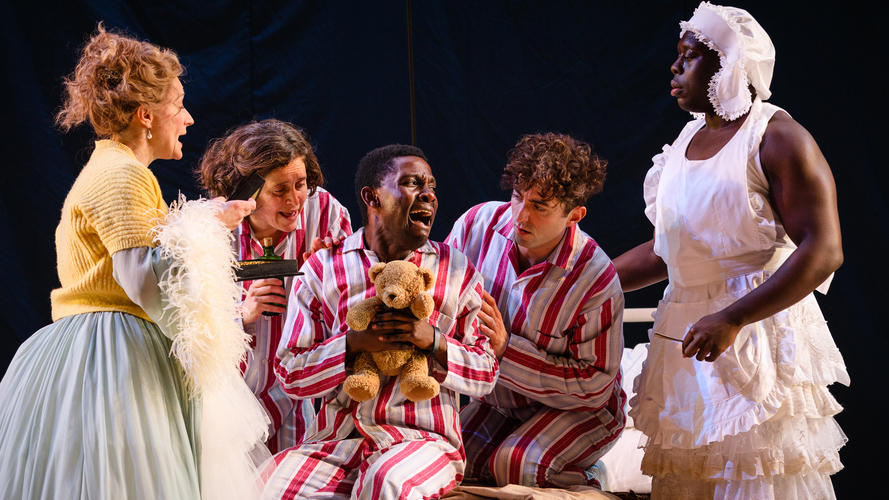 The Spring Film Series at Tippet Rise: A unique opportunity to watch extraordinary plays from the world's greatest stages!

Beginning in early May with Macbeth, a stunning production from the Royal Shakespeare Company, and continuing this Friday with Peter Pan and Saturday with Salome, the Spring Film Series is under way at Tippet Rise!

Just why are these screenings so special? First, they are the result of unique partnerships between Tippet Rise and the National Theatre and Royal Shakespeare Company, which allow the art center to screen the plays, in some cases, just days after they’ve been performed. Moreover, with the filmmakers’ ability to zoom close-up to the actors’ faces, the films are a cinematic take on the theater experience. Yet, because the actors are clearly on a stage, the screenings inspire that wonderful feeling you experience watching a live performance. And, because of the invention of the traveling boom, the camera is only a few feet from the actors, so you’re not just watching actors on a stage, you’re on the stage with the actors! But not just on any stage watching just any live performance. The actors and directors involved in both theaters are indisputably the world’s best. (Think Jude Law, Christopher Eccleston, Imelda Staunton, and many other stars of screen and stage.)

If you live anywhere near Tippet Rise, don’t miss this chance to see extraordinary plays from the world’s greatest theater companies! For more information, and tickets, visit the link below. And to learn more about these productions, Google “National Theatre Live” and “Royal Shakespeare Company.” On each company’s website, you’ll find fascinating resources, including interviews, trailers, production photos, study guides and more.