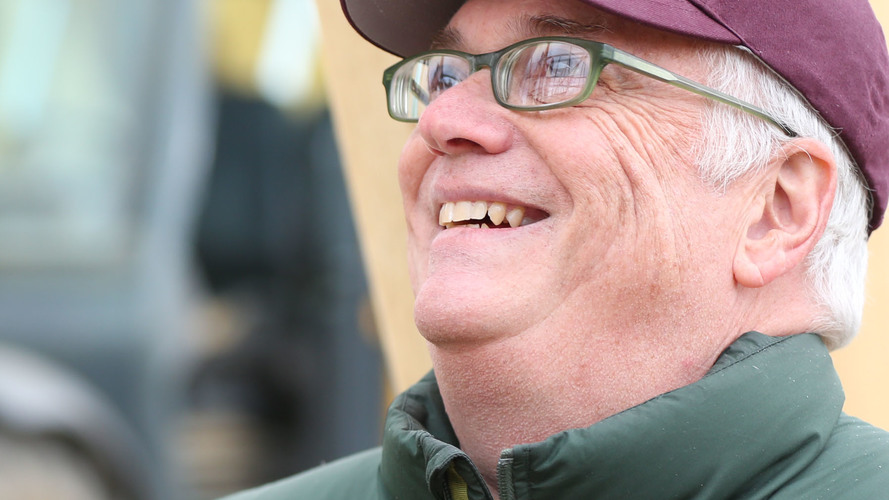 The Architecture & Design Film Festival comes to Tippet Rise this weekend, September 22, 23, and 24. In addition to its screenings, the festival brings together design luminaries from across the country for scheduled and impromptu conversations. We’ve highlighted some of those people here in our News section. This week’s highlight focuses on sculptor Stephen Talasnik, who will participate in a panel discussion focused on land art on Saturday, the 23rd.

Stephen Talasnik has been a part of the Tippet Rise family since before the art center opened to the public. Named for the satellite launched in 1973, his Satellite Number 5: Pioneer was created as a site-specific work for Tippet Rise and stands cradled in the grassy folds of the art center’s undulating landscape. Talasnik was born in southwest Philadelphia. As a child, he built roller coasters out of toothpicks and futuristic model cities out of discarded radio and television parts. After completing his studies at the Rhode Island School of Design (BFA) and the Tyler School of Art (MFA), his work—and his curiosity—took him to Rome, Italy and then back to Philadelphia. Later, he moved to Tokyo and traveled throughout China, Thailand, and the Philippines. He eventually settled in the Tribeca neighborhood of New York City. Today he spends about a quarter of his studio time there creating a growing collection of architectural model pieces. Two of these, Galaxy and Archaeology, are on display in the Olivier Music Barn.