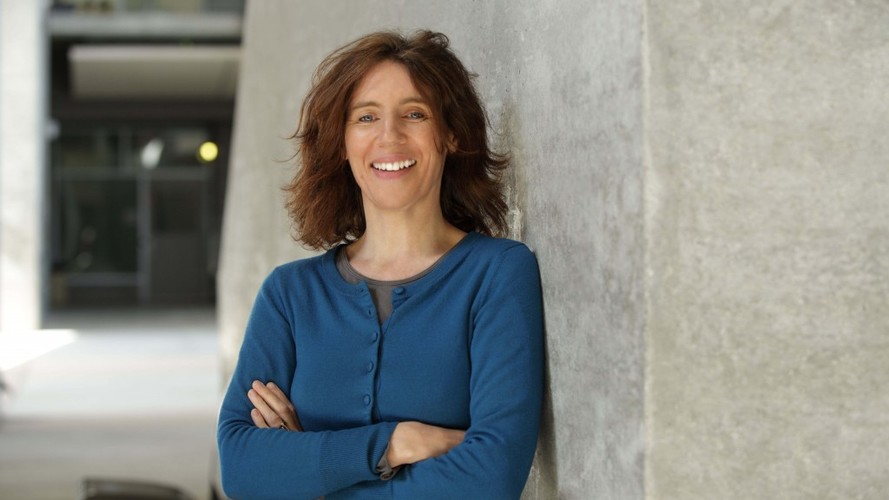 Periodically, we highlight some of the extraordinary people traveling to Tippet Rise to participate in the Architecture & Design Film Festival, which will take place at the art center September 22, 23, and 24, after stops in Los Angeles, Seoul, and New Orleans. This week’s highlight focuses on Frances Anderton, who will participate in a talk on Friday evening with ADFF’s founder, Kyle Bergman, and will moderate a panel discussion with a focus on land art, on Saturday, the 23rd.

Anderton is the executive producer and host of the weekly radio show, DnA: Design and Architecture, which is broadcast from KCRW, NPR’s affiliate in Santa Monica, California. DnA explores pressing design issues with users, critics, and designers and was recently named a top design podcast by Architectural Design magazine. In addition, Anderton has served as West Coast correspondent for Dwell Magazine, The New York Times and other publications. She has written or edited several books with architects including Thom Mayne, Koning Eizenberg Architecture, Rios Clementi Hale Studios and Frank Gehry. With the legendary Gehry and partners, she published Grand Illusion: A Story of Ambition, and its Limits, on LA’s Bunker Hill, based on a studio they co-taught with at USC’s School of Architecture that explored decades of flawed planning efforts on downtown Los Angeles’ Grand Avenue. She also curates design events, discussions and exhibitions; these include the critically acclaimed Sink Or Swim: Designing For a Sea Change, a photographic exhibition about resilient architecture at the Annenberg Space for Photography.

Raised in Bath, England, Frances Anderton studied architecture at University College London. Before college, she spent a year in Florence, Italy rehabilitating a casa colonica and later traveled to Jaipur, India to study the Haveli courtyard house. On becoming associate editor of London-based Architectural Review in 1987, she was assigned to report on emerging designers in Los Angeles, producing an influential special issue on the new architectural vanguard. Four years later she moved to Los Angeles to become editor-in-chief of LA Architect. Following the civil unrest of 1992 she moved into public affairs, becoming a producer of Which Way, LA?, hosted for 25 years by the veteran broadcaster Warren Olney. DnA was borne of this fusion of radio and architecture experience.

Tickets to all three days of the festival are available. For more information about ADFF, and tickets, click on the link below.