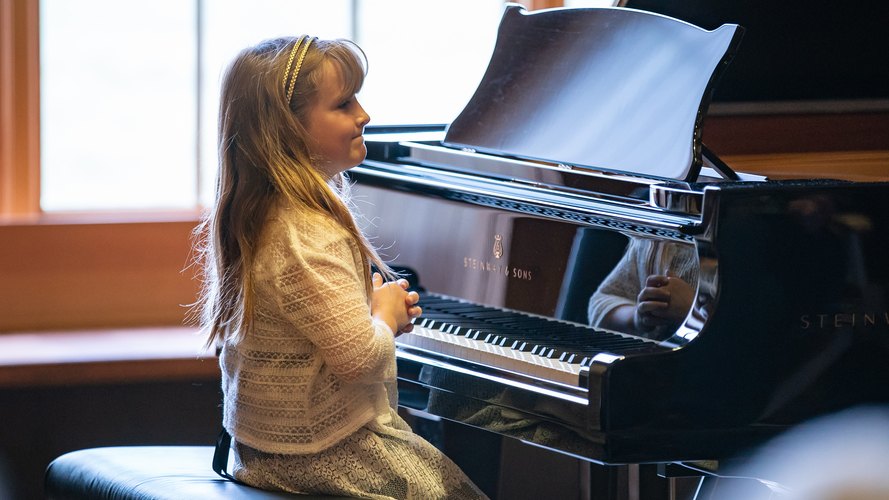 Songs of Spring: Recital draws children from throughout region to perform at Tippet Rise

On a recent Saturday, twenty-one young music students arrived at Tippet Rise to perform before a full house in the Olivier Music Barn. For many of the students, it was the first time they had visited Tippet Rise. For several of the pianists, it was their first time playing a Steinway grand piano. For everyone, performers and audience members alike, it was a joyful celebration of musicmaking. 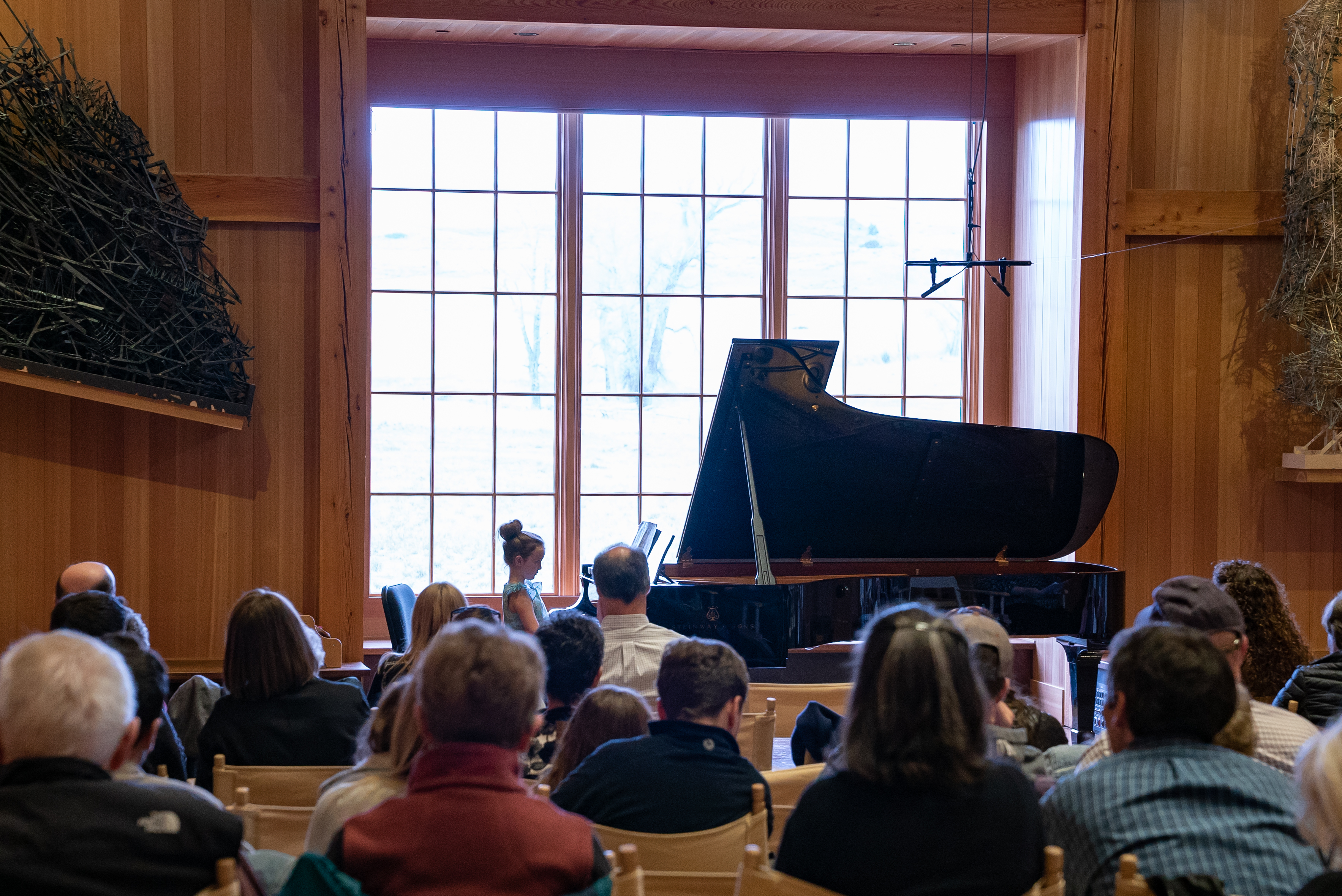 The musicians, ages seven to eighteen, are students of six area music teachers: Barb Kirk of Roberts, Stephan and Vikki Payne of Billings, Becky Nelson of Luther, Lynell Kruckeberg of Red Lodge, and Virginia Stene of Joliet. Performing on oboe, piano, voice and violin, the students played works ranging from Sherman’s “It’s a Small World” to Beethoven’s “Russian Folk Dance.” One student, Madeline Muirhead, age nine, of Red Lodge, performed a composition of her own entitled “Heavens to Earth.”

Madeline, who has played piano since she was five years old, received Honorable Mention at a piano competition at the University of Northern Colorado in 2018 when she was eight years old. Despite this heady experience, playing in the Music Barn was a thrill to the young musician. “Performing at Tippet Rise,” she said, “was enjoyable and a little bit nerve-wracking, especially when I was waiting in the Green Room to perform. I was so happy to be there, but I felt so good when I was done. The music sounded different in the music barn, so vibrant and the sound bounced off the walls, loud and clear.”

We, too, are so happy Madeline and her peers were here—and we look forward to more “Songs of Spring” at Tippet Rise! 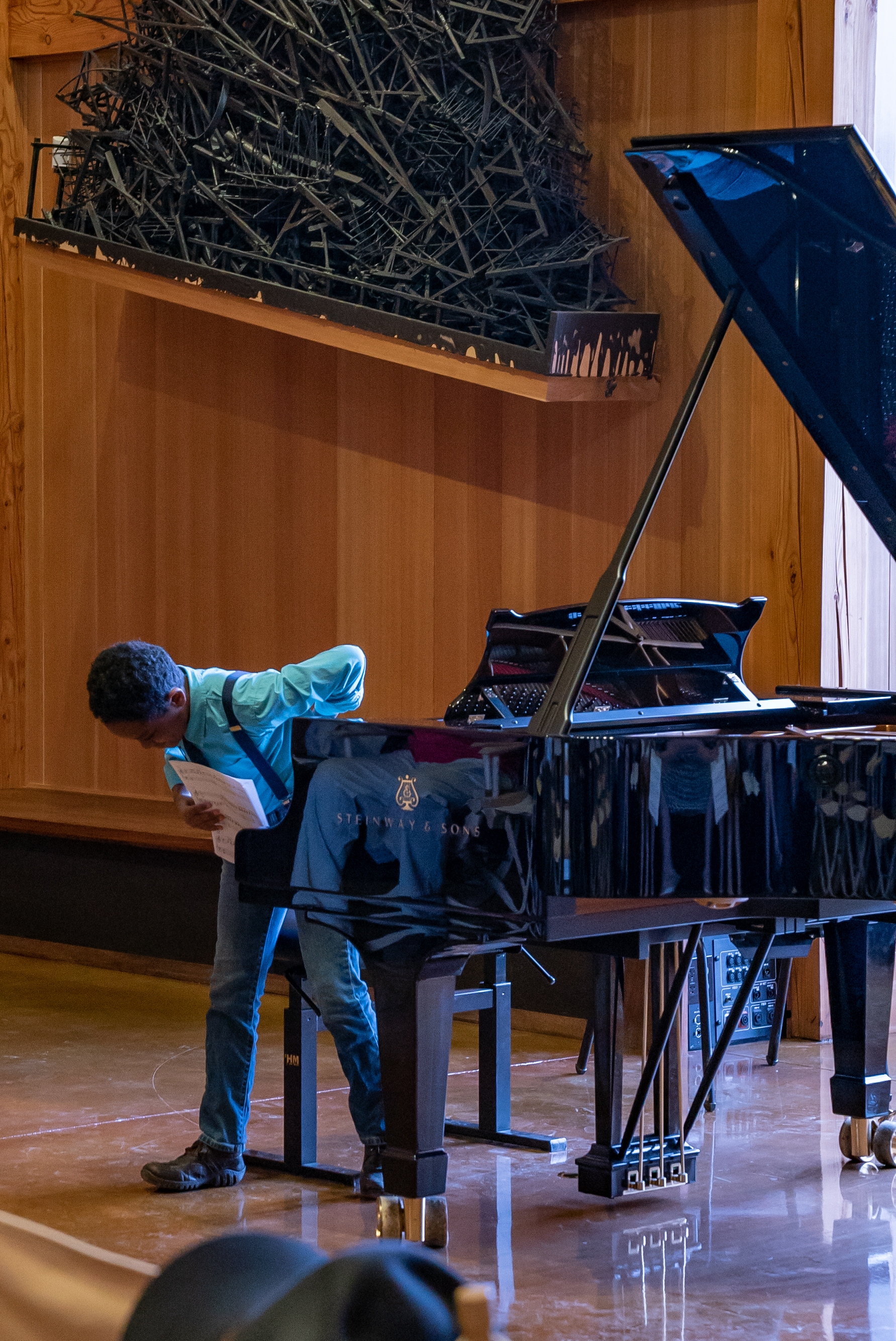