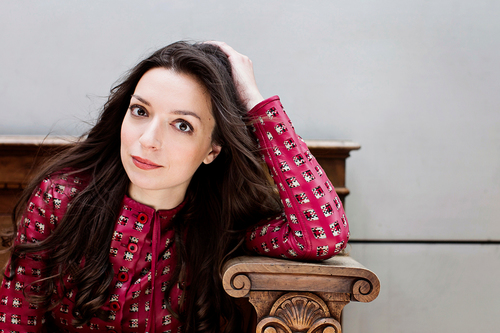 An artist who is “able to let the music breathe,” according to the Financial Times, Russian pianist Yulianna Avdeeva was scheduled to make her Tippet Rise debut this summer. Because, of course, that was impossible, we are deeply grateful that she has sent three films for all of us to enjoy as we count down the hours to 2021. The final installments in our “21 to ‘21: Postcards from The Season That Wasn’t” project, Yulianna’s films, sent to us from Munich, are below.

Beginning in mid-December, 21 days ago, we have posted a postcard, or film, a day from The Season That Wasn’t. To watch the rest, please visit our Facebook, Instagram or Twitter pages.

Photo of Yulianna by C. Schneider.

The key of glory, real music, and making music out of sheer love

Here Yulianna plays three pieces in the “key of glory,” the key of French horns used for the hunt, for the king’s barge floating slowly downriver in Handel’s Water Music, and for Rachmaninoff’s 1903 Prelude in D Major, Op. 23, No. 4, where the flute of Pan floats over a simple, pastoral song, one of the most beautiful pieces ever written. Rachmaninoff said he wrote scales and octaves to lure the audience to his simple melodies, the essence he wanted to convey. Yulianna plays it the way a musician does for herself and her friends, not for show or display in a concert hall, but out of sheer love. This is the kind of real music which we never get to hear. Thank you, Yulianna, for eliminating the ego from music, and replacing it with the soul.