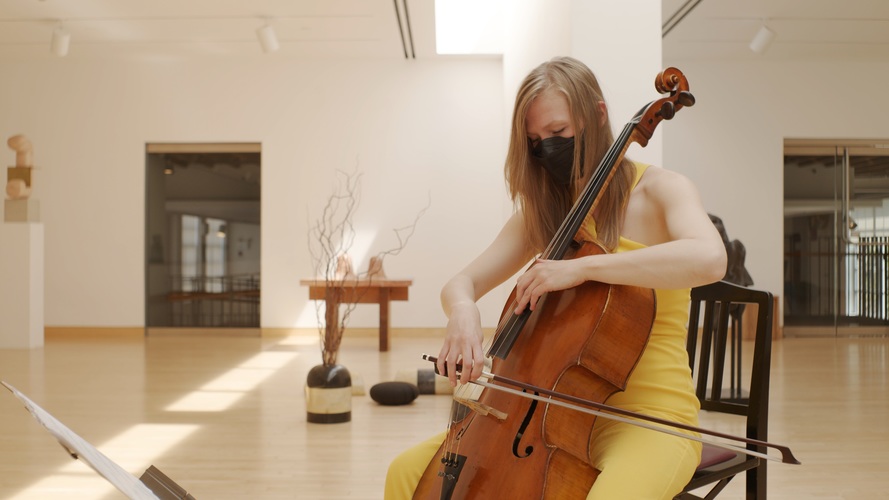 We hope you will join us for our four-day classical music extravaganza, Tippet Rise on Tour: August Festival. From Thursday, August 19 to Sunday, August 22, the online festival will feature new films that capture gorgeous classical music performances in wonderful and unusual locations across the country, from a tractor barn in Colorado and Ensamble Studio’s Cyclopean House in Massachusetts to the Noguchi Museum in New York City.

“Tippet Rise is delighted to continue its virtual music season with another festival of short performance films,” said Peter and Cathy Halstead, co-founders of Tippet Rise. “We are grateful to the generous cultural organizations which have allowed us to film in their homes. These unexpected spaces add sculptures, exciting architecture, and new outdoor elements to the performances, allowing for a new appreciation of and engagement with beloved works, and extending our idea of where a summer festival can happen, with both old and newly commissioned works.”

Festival Details
Admission to the festival is free and open to everyone. The films will stream each day at 6PM MDT on our Virtual Events page. The first night will kick off with a 5:30PM MDT live “backstage” gathering via Zoom.

Thursday, August 19
At 5:30PM MDT, Tippet Rise artistic advisor, Pedja Mužijević, and the art center’s co-founders, Cathy and Peter Halstead, will host a live Zoom conversation with Ensamble Studio’s Débora Mesa and Antón García Abril. Mesa and Abril are not only the extraordinary visionaries behind the Cyclopean House in Brookline, Massachusetts, here at Tippet Rise they created three much-loved sculptural landmarks: the Domo, the Beartooth Portal, and the Inverted Portal.

At 6PM MDT, violinist Geneva Lewis will perform an eclectic mix of works including Biber’s Passacaglia, Ysaÿe’s Sonata No. 5 in G Major for solo violin, and Kaija Saariaho’s Nocturne. The program was filmed at the Cyclopean House. The evening’s second recording highlights artist Brandon Patrick George, who is the flutist of the Grammy®-nominated Imani Winds, playing Bach’s Partita in A Minor for solo flute, David Lang’s Thorn, and Air by acclaimed Japanese composer Tōru Takemitsu, whose legacy includes scores to close to 100 films. This performance was filmed in the Jerome Robbins Theater at the Baryshnikov Arts Center.

Saturday, August 21
The program is devoted to one of Schubert’s masterpiece, his Piano Sonata in B-flat Major played by pianist Anne-Marie McDermott in the most unexpected of places—a tractor barn nestled in Colorado’s Vail Valley.

Sunday, August 22
The New Consort ensemble will perform vocal works by the exiled Syrian composer, poet, and multi-instrumentalist Samih Choukeir arranged by Jordanian composer and vocalist Shireen Abu-Khader, madrigals by Gesualdo and Monteverdi, a piece by American composer Ted Hearne featuring a text from one of the hundreds of thousands military cables referred to as the Iraq War Logs. Pianist and composer Michael Brown closes the festival with a program featuring Chopin’s Impromptu in F-sharp Major, Mendelssohn’s Rondo Capriccioso, Ravel’s Jeux d’eau, Scriabin’s Poème in F-sharp Major, as well as a work of his own composition, Breakup Etude for Right Hand Alone.

Tippet Rise & Friends at Home
The best seats in the house remain in your house also during our monthly online concert series Tippet Rise & Friends at Home, presenting previously unreleased video streams of some of our most treasured concerts from past seasons. Our next streamed concert is August 12, featuring pianist Yevgeny Sudbin! For details, please visit our Virtual Events page.

We hope to see you in our virtual concert hall very soon!