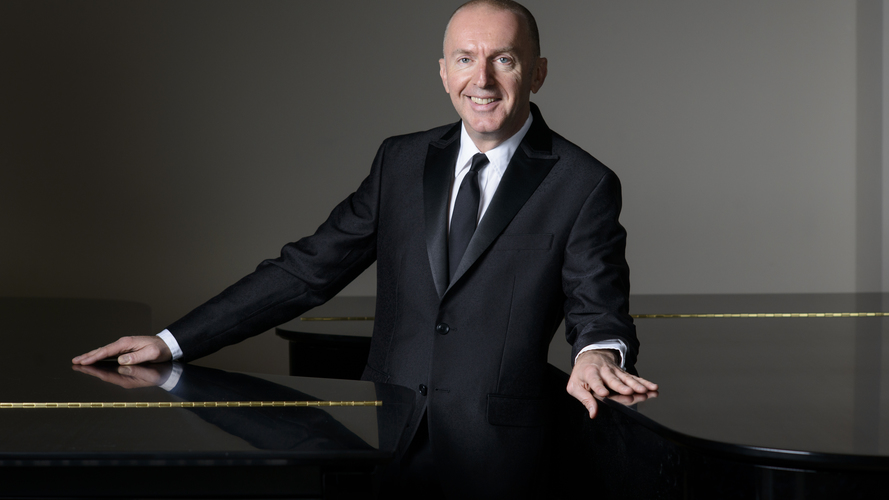 We are thrilled to announce that the extraordinary pianist Pedja Muzijevic has been selected as the new Artistic Advisor to Tippet Rise, succeeding our dear friend, the late Charles Hamlen.

If you have attended a concert at Tippet Rise, Pedja’s name may sound familiar. He has played recitals at Lincoln Center’s Alice Tully Hall and Mostly Mozart Festival, 92Y and The Frick Collection in New York, Spoleto USA, and many others, as well as at Tippet Rise. His symphonic engagements include the Atlanta Symphony, Dresden Philharmonic, St. Paul Chamber Orchestra, and Zagreb Philharmonic. Pedja is also the Artistic Administrator at Baryshnikov Arts Center in New York and the Artistic Director of Concert in the 21st Century, a residency program at the Banff Centre for Arts & Creativity in Canada.

Born in Sarajevo, Bosnia and Herzegovina, Pedja studied piano with Vladimir Krpan at the Academy of Music in Zagreb. He came to the United States in 1984 to continue his education at the Curtis Institute of Music in Philadelphia and The Juilliard School in New York.

Pedja says he is, “honored to have been chosen to follow in the footsteps of Charlie Hamlen, who served with such distinction during his tenure as Tippet Rise’s Artistic Advisor. During the art center’s fourth season, I hope to build on the remarkable work that Charlie did, and to help Peter and Cathy Halstead continue to realize their wonderfully generous vision for Tippet Rise. It is a place for music like no other: where artists and audiences feel they’re brought together in an embracing community and are deeply connected to the magnificent landscape.”

We are not only grateful for the experience, wisdom and insight Pedja will bring to our programming, but also for the warmth he brings to our community.