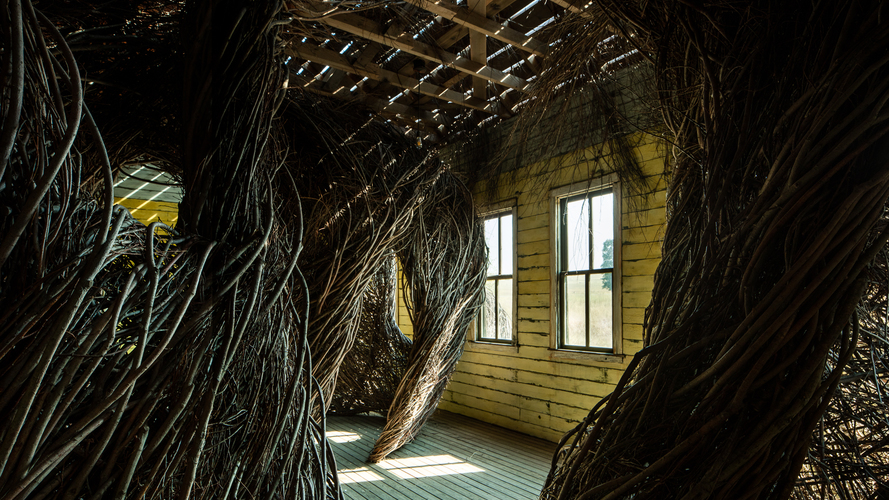 Pentatone, the classical music label specializing in high-end, surround-sound recordings, has just released its second compilation CD of performances recorded at Tippet Rise. Named for Daydreams, the whimsical sculpture created at the art center by world-renowned artist Patrick Dougherty, where willows spin and twist within and around a weathered one-room schoolhouse, Tippet Rise OPUS 2017: Daydreams captures extraordinary musical moments during the summer of 2017 at Tippet Rise. These include a world premiere commission by Aaron Jay Kernis for cellist Matt Haimovitz and pianist Andrea Lam, breathtaking turns from violinist Caroline Goulding, percussionist Doug Perkins, and flutist Jessica Sindell, and gorgeous performances of pieces from Bach to John Luther Adams. Tippet Rise OPUS 2017: Daydreams, says Pentatone, “opens a visionary portal to the past and future.” Part of Pentatone’s Oxingale Series, the CD will be on sale in the visitor center at Tippet Rise this summer and is available now through Apple Music and other music sellers.

The UK’s Guardian called Tippet Rise OPUS 2016: Domo, the inaugural release in this series, “a gem,” while Audiophile Audition described it as both “mystical and unnerving” and “a brilliant panoply of bustling colors.” We’re thrilled and honored by both releases!