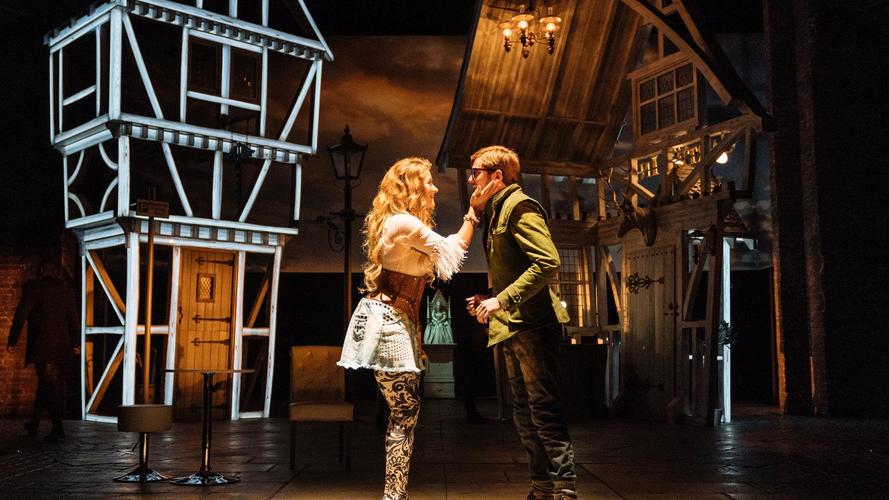 Our final Shakespeare event of 2018

The Royal Shakespeare Company (RSC) makes theater at its best. Created in the birthplace of the Bard, Stratford-upon-Avon, the company’s productions are shared around the world, including here at Tippet Rise, through live-streaming and film. This coming Friday, October 12, we’ll present our final RSC play of the year: The Merry Wives of Windsor. Performed this fall in Stratford-upon-Avon and then at London’s Barbican Centre, the production is a modern-day take on Shakespeare’s hilarious and fun-filled comedy. Of the production, RSC writes:

“Down on his luck in the suburbs, John Falstaff plans to hustle his way to a comfortable retirement by seducing the wives of two wealthy men. Unknown to him, it’s the women of Windsor who really pull the strings, orchestrating Falstaff’s comeuppance amidst a theatrical smorgasbord of petty rivalries, jealousies and over-inflated egos. For a fat Englishman, a Welshman and a Frenchman, the only way is Windsor…”

Chockfull of irony, boisterous exploit, and rich characterization, the production received glowing reviews from press around the UK and the globe, including from Broadwayworld, which wrote: “It’s laugh-out-loud funny” and, “The show bowls you along with its bonhomie, its sight gags and its wit.”

To learn more about The Merry Wives of Windsor, first published in 1602, and the RSC’s production of it, visit the play’s page on the RSC’s website by clicking the link below. You’ll find details on the cast and creative crew, plot insights, reviews, production and rehearsal photos, and the trailer, among other resources.

The show begins at 6:00 PM this Friday. Beginning at 5:00 PM, delicious food and beverages will be available for sale from Wild Flower Kitchen. For tickets, please visit our Events page via the link in the upper right-hand corner of every Tippet Rise page. We hope to see you Friday!