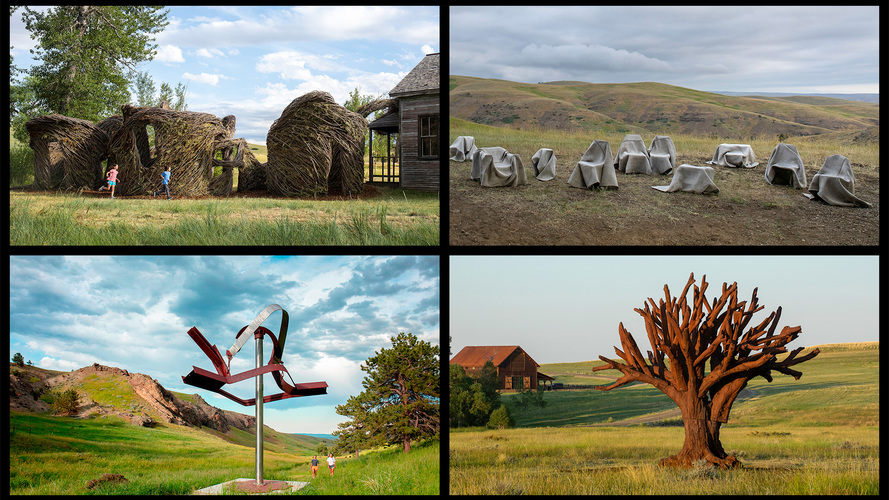 After more than a year of planning, and the assistance of many individuals (from professional art handlers to community volunteers), we are so thrilled that all four of our new artworks have been fully installed throughout the ranch. Each work brings something new to Tippet Rise, and yet in their own distinct ways, they all also seem as if they have always belonged here.

Artist Patrick Dougherty recently returned to the art center to make a companion piece for his 2015 work, Daydreams, located on our Cottonwood Campus. At the heart of both pieces is the reproduction frontier-period schoolhouse that visitors always enjoy exploring. The new work, Cursive Takes a Holiday (2022), adds an installation of intertwining branches to the outside of the schoolhouse, creating a series of circular spaces that visitors can step inside and out of, while Daydreams features woven branches connected indoors and out. As Patrick’s work began to take shape, he found that if the inside of the schoolhouse suggests students daydreaming during class, the new forms may represent the students’ cursive penmanship, becoming a bit looser and more relaxed as summer break begins. We hope that children visiting this summer can relate to this sentiment! 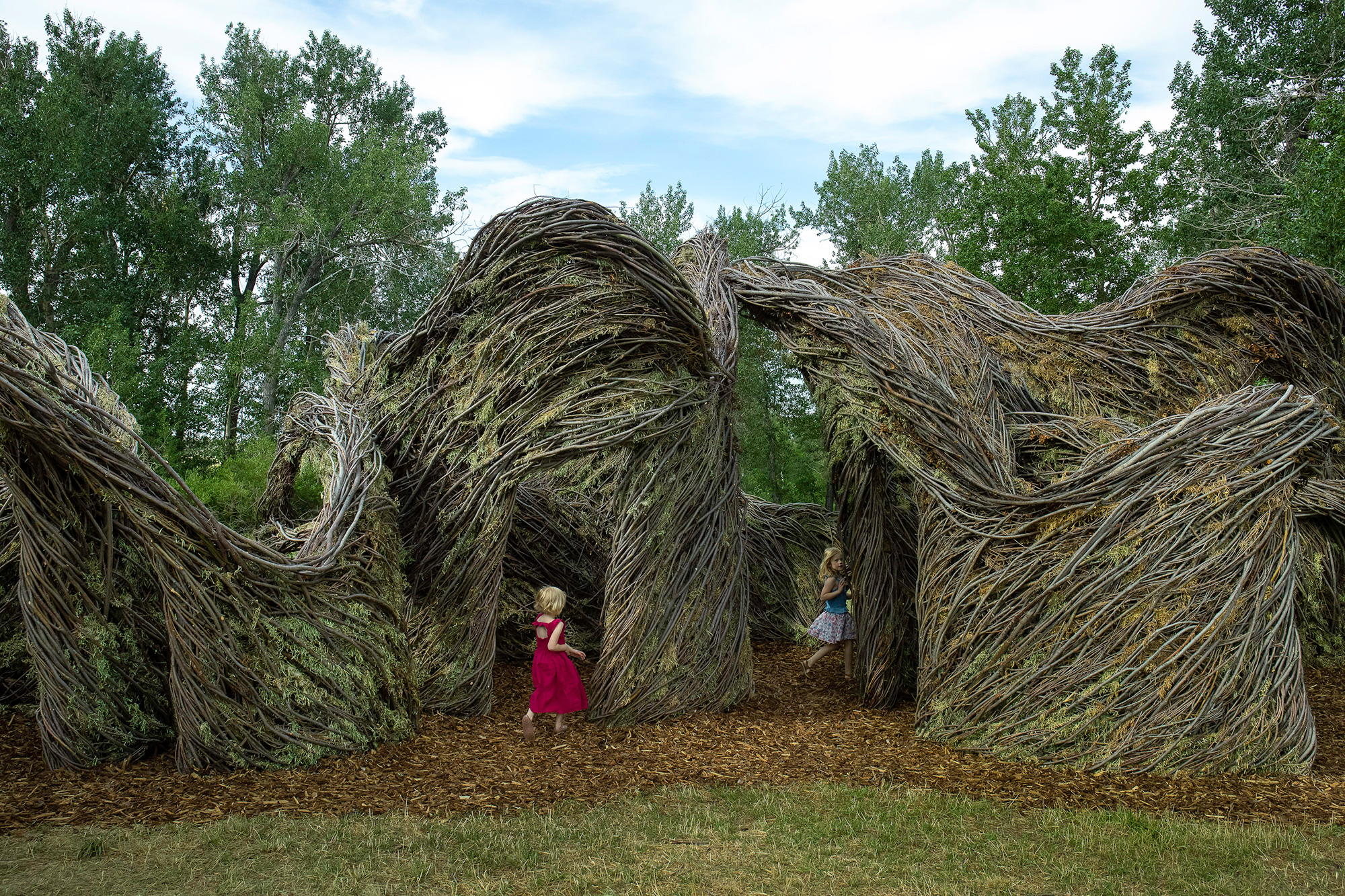 Ai Weiwei’s Iron Tree (2013) now sits just beyond Daydreams. Visitors might do a double-take when they see it from a distance, as it blends with the landscape, but a closer look will reveal its 97 different iron elements that are interlocked using keyed tenon and mortise joints. The work expresses the artist’s interest in fragments and the importance of the individual, without which the whole would not exist. It brings to mind the artist’s earlier work Tree (2009 - 2010), in which disparate segments of felled trees were joined together to create entirely original forms. 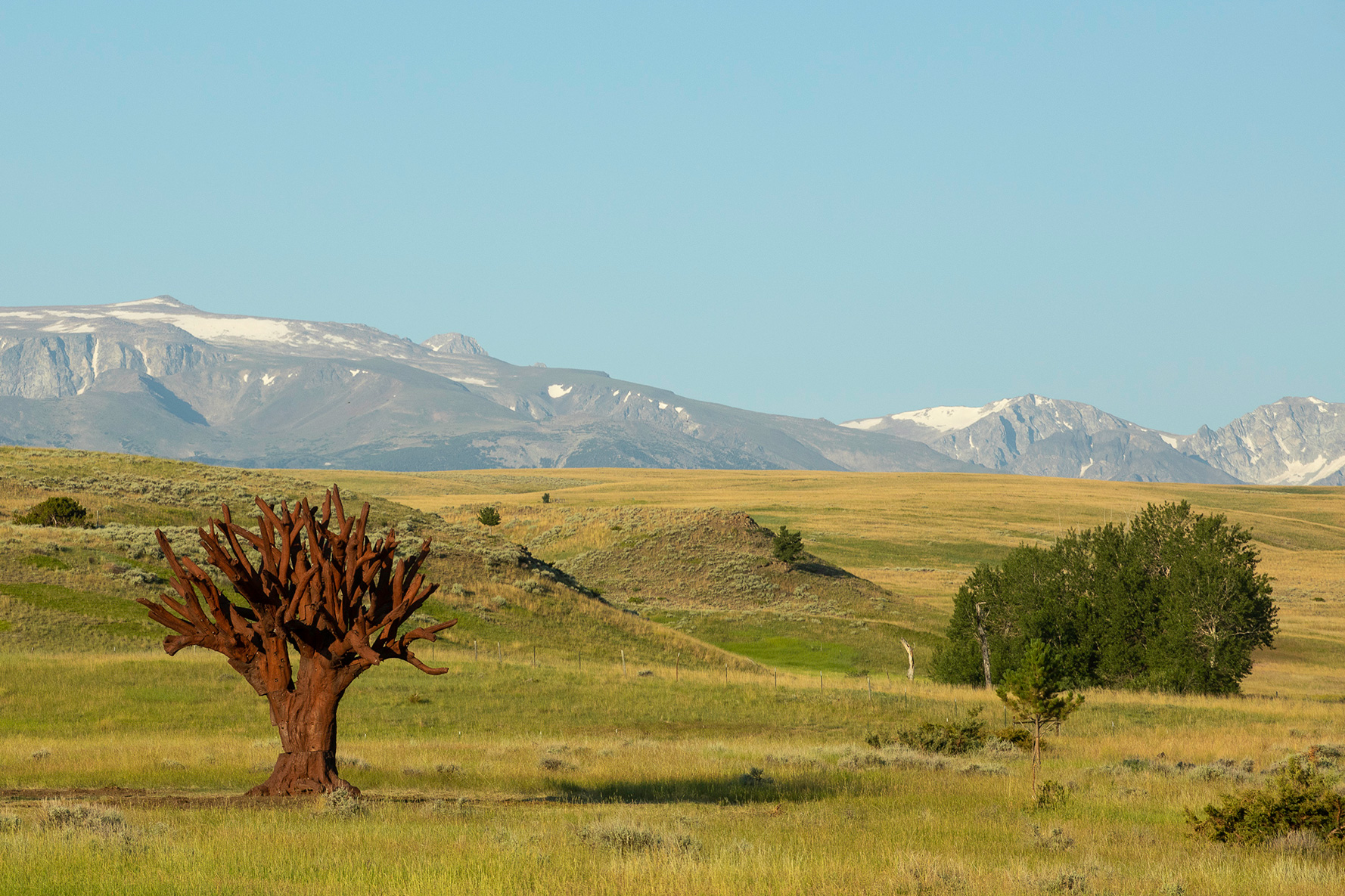 Iron Tree stands in contrast to a group of Tippet Rise cottonwoods. Photo by James Florio

Mark di Suvero’s Whale’s Cry (1981-1983), the artist’s third monumental sculpture at Tippet Rise, has been installed in Box Canyon, just off the Ecliptic Trail. The work plays with gravity and deftly balances materials to allow graceful movement. It is a whale caught in the moment of breaching into another dimension, which is fitting considering it has been placed within a landscape that during the Cretaceous Era was a vast inland sea. 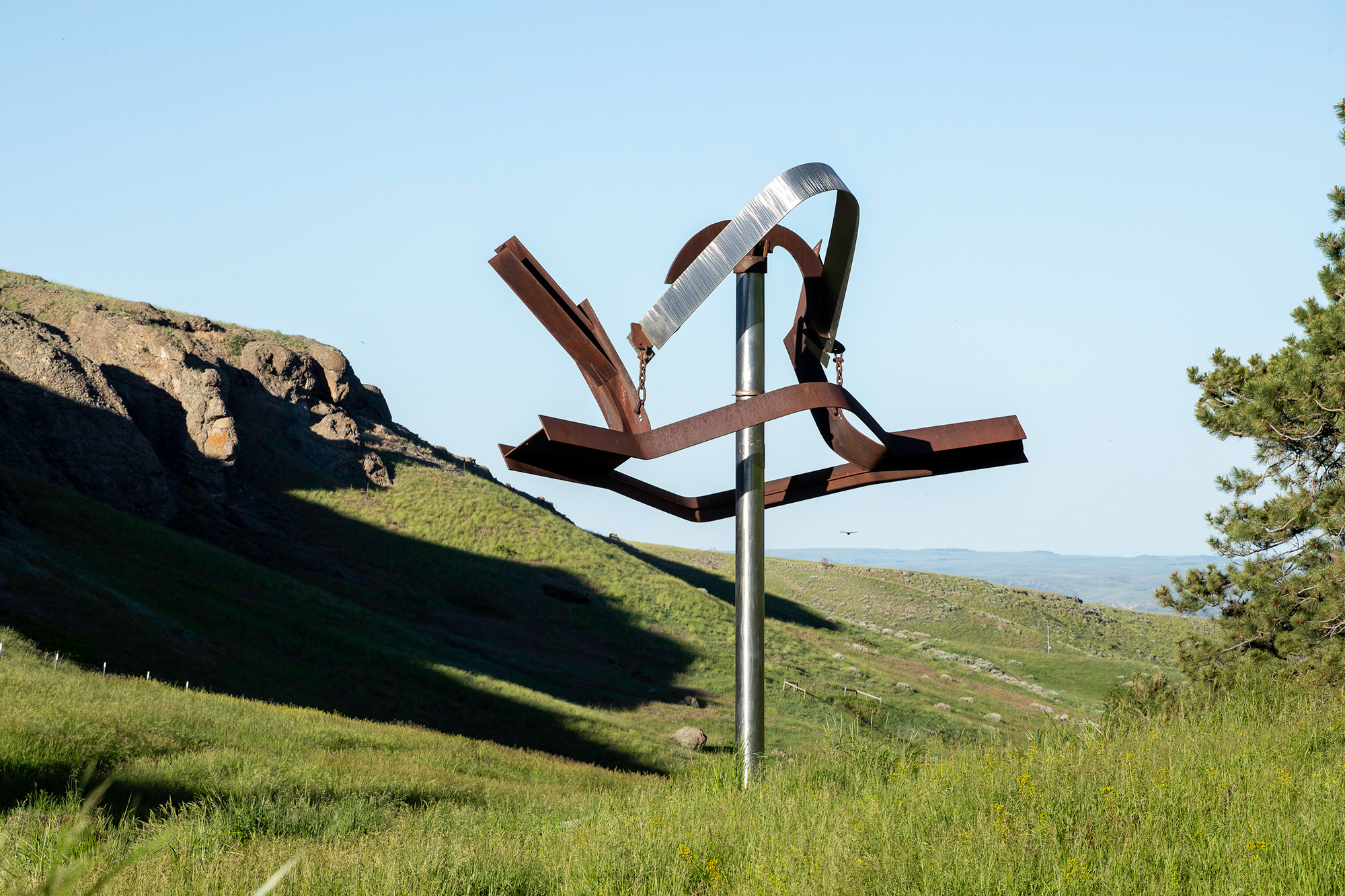 Whale’s Cry emerges from the grass in Box Canyon. Photo by James Florio

Ensamble Studio’s series of 16 ghostly chairs, the Folds (2022), are now situated near and underneath the Domo, and outside the Olivier Music Barn. Cast from malleable concrete canvas, they are not only beautiful works of art, but also a welcoming place for hikers and bikers to comfortably rest after a long journey up the Meridian Trail. 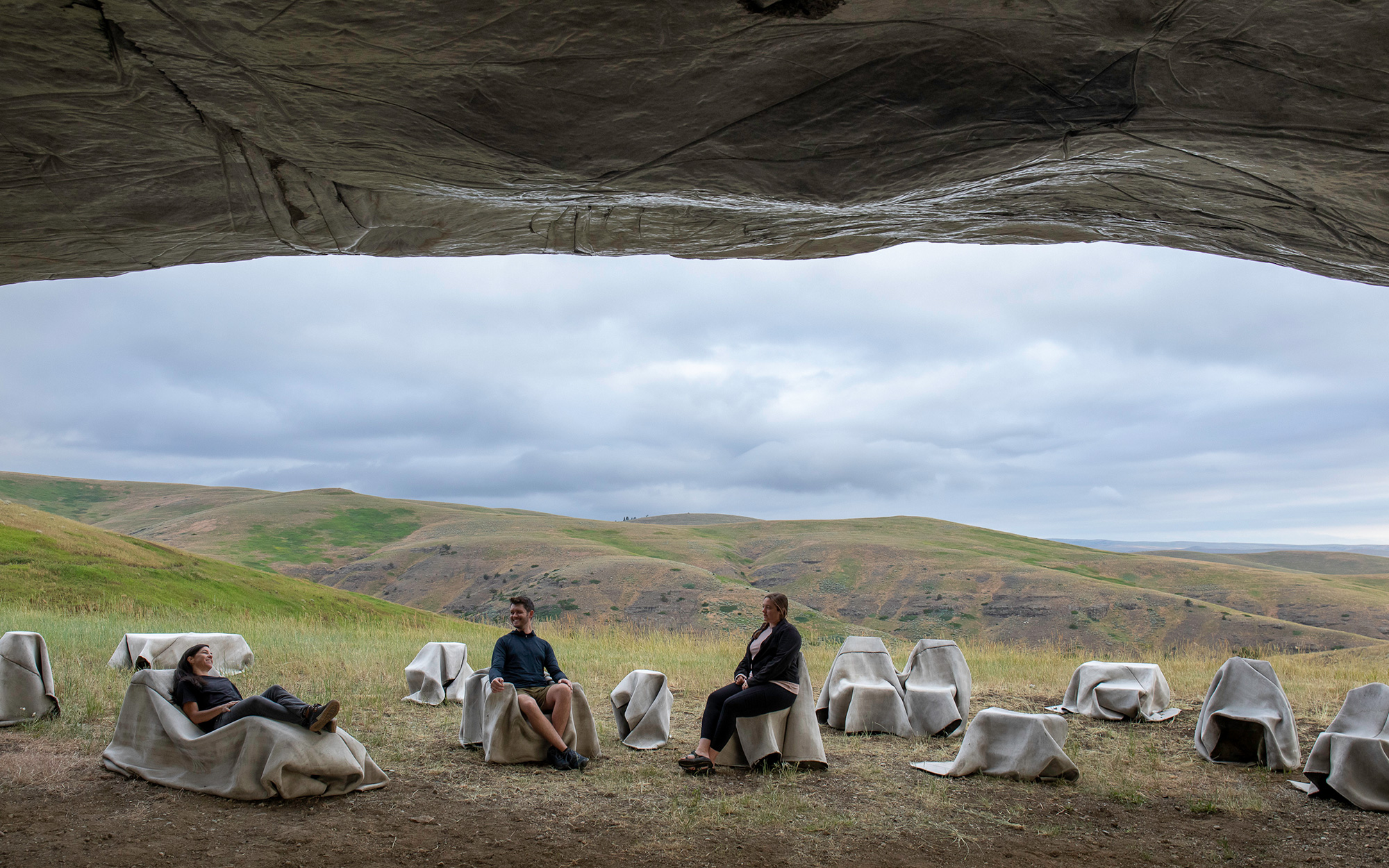 The Folds offer respite under the shade of the Domo. Photo by James Florio

We are grateful to everyone who played a part in the many steps it took to bring these magnificent artworks to Tippet Rise, and of course to the artists for their creativity and dedication to their crafts that will provide inspiration to so many visitors for years to come.