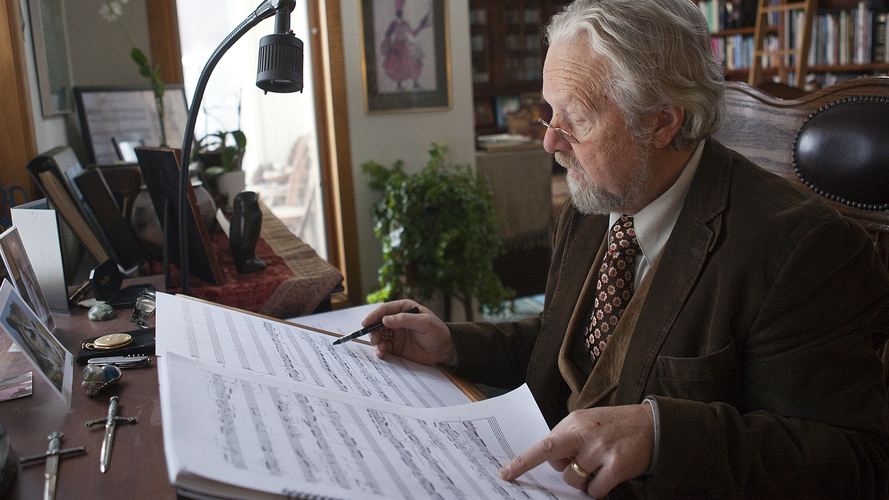 While Montana is a place of big skies, vast, open spaces and wildness, it is also a cultural treasure trove. Inspired by the landscape, nurtured by the quiet, artists thrive here, producing gorgeous, nationally-acclaimed work, from literature to sculpture to music. Among these treasures is Eric Funk. Born in western Montana, Mr. Funk is a classical composer whose body of work includes symphonies, operas, ballet scores, works for chorus and orchestra, concertos, orchestral tone poems, and others. His compositions have premiered at Carnegie Hall, and he has been featured prominently in the national media. In late September, the Billings Symphony Orchestra—yet another cultural treasure—performed Mr. Funk’s Symphony No. 2: Montana. Sponsored by the Tippet Rise Fund of the Sidney E. Frank Foundation, the performance was accompanied by breathtaking images of the art center’s sweeping landscape and monumental sculptures, all projected on a screen behind the orchestra. A professor at Montana State University’s School of Music, Mr. Funk also serves as Host and Artistic Director for a four-time Emmy Award winning show on Montana PBS, 11th & Grant with Eric Funk, which features Montana musicians in all genres. To watch the show, and for more information about Mr. Funk and other musical talent from the Big Sky state, click on “More Info,” below.