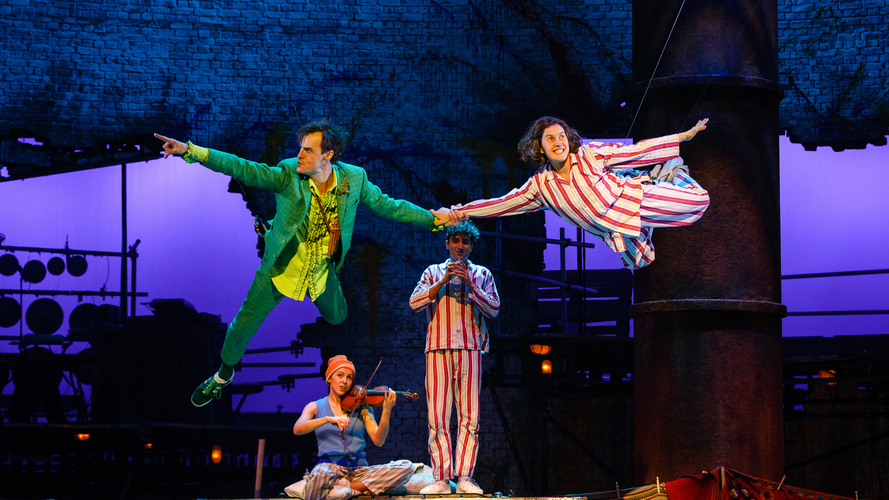 Coming soon to Tippet Rise: our Spring Film Series, direct from the UK!

If you ponder the notion, it’s extraordinary, really, that you can sit in a music hall in rural Montana and watch a theater production beamed all the way from England—the same production that audiences in London or Stratford-upon-Avon watched, live, just hours or days before.

This feat of technology (and cultural coup) happens each spring and fall at Tippet Rise and is the result of partnerships between the art center and two of the world’s most celebrated destinations for the dramatic arts: London’s National Theatre and the Royal Shakespeare Company in Shakespeare’s hometown on the River Avon.

These productions, once only accessible to those who could afford to travel across the Atlantic to see them, are now available to anyone willing to make the trip to Tippet Rise.

What is it like to watch the screenings? With the filmmakers’ ability to zoom close-up to the actors’ faces, the films are a cinematic take on the theater experience. Yet, because the actors are clearly on a stage, the screenings inspire that magical feeling you experience watching a live performance. Too, because of the invention of the traveling boom, the camera is only a few feet from the actors, so you’re not just in the audience, you’re on stage!

But not just on any stage watching just any live performance. The actors and directors involved in both theaters are indisputably the world’s best. Think Jude Law (The Talented Mr. Ripley, The Grand Budapest Hotel, Sherlock Holmes), Christopher Eccleston (Dr. Who), Imelda Staunton (Nanny McPhee, the Harry Potter films), and many other stars of screen and stage.

Beginning May 4 with Macbeth and ending June 9 with Yerma, the Spring Film Series at Tippet Rise will also feature Peter Pan, Who’s Afraid of Virginia Woolf, and Angels in America, among other productions.

The series will continue in the fall, after the final concert of the summer music season.

If you live near Fishtail, don’t miss this opportunity to be transported to two of the world’s greatest stages…no trans-Atlantic flights or passports needed! Tickets, at $10 per seat (free to those 21 and under), go on sale at the end of March. For more information, visit the link below.

We hope to see you soon!