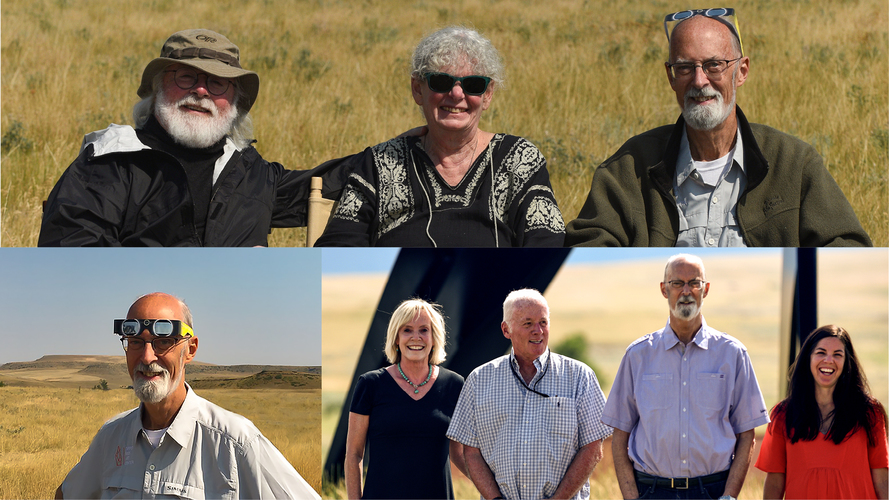 Almost by divine intervention, we had Charlie Hamlen as our friend and artistic advisor for two years, which turned out to be the two last years of his life.

Everyone knew that Charlie was their best friend, as he was ours. Charlie came out to Berkeley with us to see the California premiere of John Luther Adams’ Become Desert. He came to the party in our daughter Liza’s house afterwards, with John and Cindy Adams, Jeanne and Craig White, and John Stern. And then he went back to New York. Cathy walked him to the elevator, which he took up and out of all of our lives.

There was a preternatural storm when Charlie died, after which a rainbow appeared on the wall of his room - not an arc, but a line, leading straight up. His friend, Daniele Kucera, took a picture of it.

Lightning travels backwards,
as its unseen tie
returns
from the earth to sky:

so may the lightning
of your turn below
heighten us
and then let go. 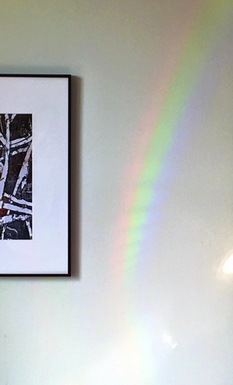