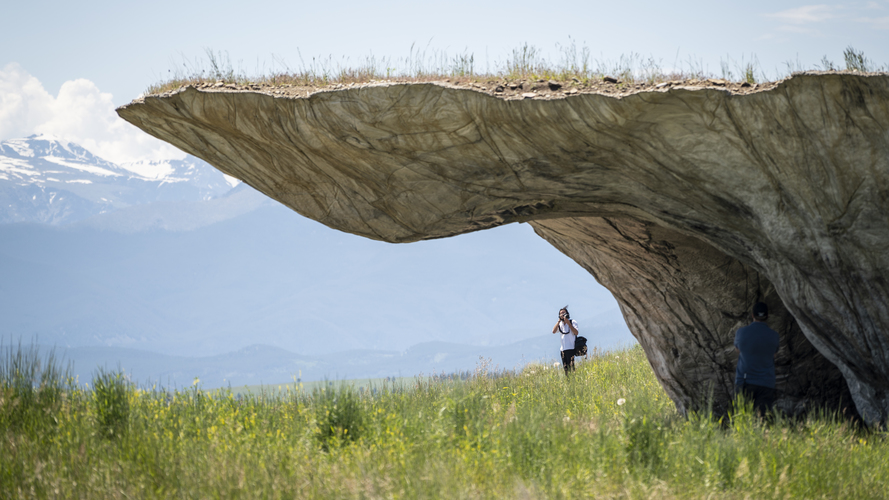 Architects of the Earth: Ensamble Studio

Antón García-Abril and Débora Mesa Molina, of Ensamble Studio, have created the Domo, Beartooth Portal, and Inverted Beartooth Portal for Tippet Rise, extraordinary structures shaped by prehistory and by the geologic nature of the land.

In 2019, Débora and Antón received the Charles Jencks Award at the Royal Institute of British Architects, where Anton was a Fellow. You can see the video of their presentation here, in which they narrate a film they made showing the construction of many of the modern wonders of the architectural world which they have created over their career. You can also hear the scholars and judges discuss their work, both before and after the film.

An interactive virtual exhibition at ‘T’ Space Rhinebeck features a slide show of Ensamble Studio’s work at Ca’n Terra, an abandoned quarry and cave complex they have repurposed on the island of Menorca, Spain.

As you become familiar with their imagery, materials, and philosophy, you can savor here the half hour film, Architecture of the Earth, featuring a score by Antón’s father, the great contemporary Catalan composer, documenting the relationship of their structures with the earth over the years. You can bring your own narrative to it as it unfolds.