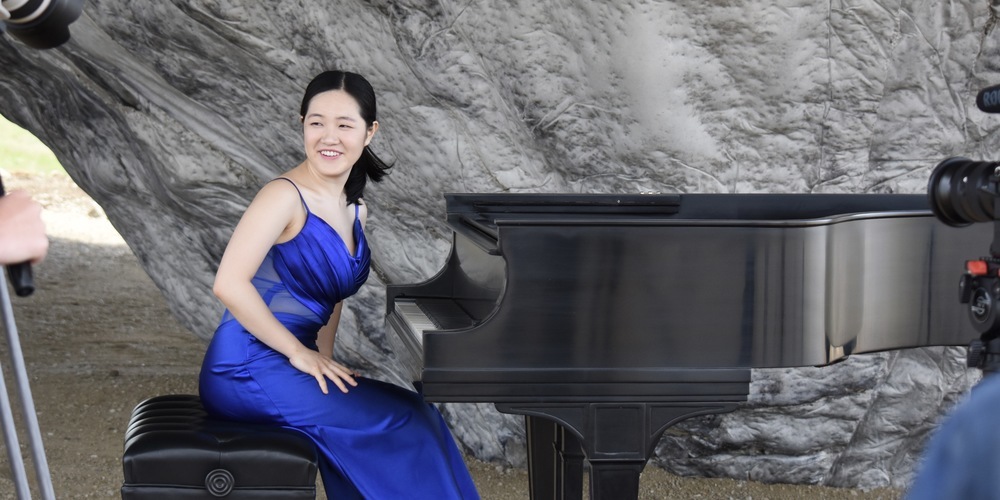 Jenny Chen was the youngest student, at age ten, to be accepted to the Curtis Institute of Music. By eighteen she had earned her Yale University Master’s degree. At twenty-one, she was the Young Artist in Residence on American Public Media’s “Performance Today.”

Jenny has won many first prizes, including the Baroque Competition, the Vienna National Piano Competition, the Kawai Piano Competion, to name a few. She’s received top prizes at the Eastman Piano Competition, New York International Piano Competition, and the Young Concert Artists’ International Auditions, among many others. Jenny has played solo recitals and as a chamber musician in concert halls around the world, including Lincoln Center, the National Concert Hall in Taiwan, Vredenburg Leidsche Rijn in the Netherlands, and Solti Hall in Hungary. Jenny made her debut with the Philadelphia Orchestra at age fourteen and she debuted at Carnegie Hall in 2019. Here at Tippet Rise, Jenny is both a beloved performer and a friend to many.

Jenny’s Live in Concert is a fruitful feast of music in different genres (sonata, preludes, fantasia, variations, nocturne, etudes), under the strings of influences that passed on from one to another; from Mozart’s refined simplicity to Chopin, and from Chopin’s operatic and colorful music to Debussy’s dreamy musical pictures.