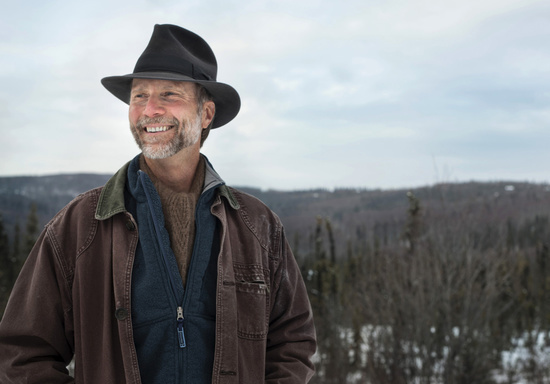 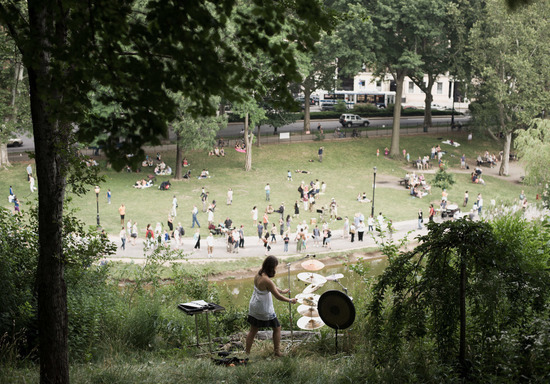 Ensemble to include the Excelsis Percussion Quartet and percussionists from the Billings Symphony and others, to be named at a later date
Douglas Perkins, coordinator

**INUKSUIT** Inuksuit are “cairns” in Inuit, or “something which acts as a person,” such as a shepherd, as man-shaped cairns were used a scarecrows from Alaska to Greenland. These cairns resemble the standing stones of the Ring of Brodgar or Stonehenge, or the moai, the large heads in Rapa Nui. It is the national symbol of Canada. In 1999 Inukshuk was the name for the International Arctic Art & Music Project (ARBOS) in the Canadian provinces of Québec, Ontario, Nunavik, and Nunavut; and in Greenland, Austria, Denmark, and Norway. Tippet Rise has rock formations similar to those of Aku-Aku, in a valley just north of Murphy Canyon, where the fissures in the long basaltic dike create individual rocks that vaguely resemble the heads on Easter Island. John Luther Adams, a percussionist who lives in Alaska, writes vast musical works that focus on the landscape, of which Inuksuit is one. To find out more about Mr. Adams, please visit his website at johnlutheradams.net. **The Excelsis Percussion Quartet** The ensemble will perform In the meadows in front of Stephen Talasnik’s Pioneer, looking up at the Beartooths. The audience has been invited by the composer, John Luther Adams, to wander through the assembled 33 musicians as they play. Food will be provided. Chris O’Riley writes: The multi-instrumentalist communal/ritual/tribal John Luther Adams work, Inuksuit, requires a radiant core of percussionists as an impetus for the larger proceedings. The Excelsis Percussion Quartet is the catalyst and seed of this performance. Its founder Marcelina Suchocka was just 12 years old when she first performed on From the Top; precociously talented and infectiously enthusiastic, Marcelina was also the winner of the first collaboration between From the Top and YouTube in their Big Break competition a couple of years ago, with her performance video gaining thousands of enthusiastic votes. As a recipient of a Jack Kent Cooke Scholarship through From the Top, she appeared with Excelsis in performance and in collaboration with Christopher O'Riley on a Washington, DC broadcast commemorating 15 years of Cooke Foundation sponsorship. The four members of Excelsis met at the Manhattan School of Music, and they are all trail-blazing citizens of the free-lance and percussion worlds of New York City.