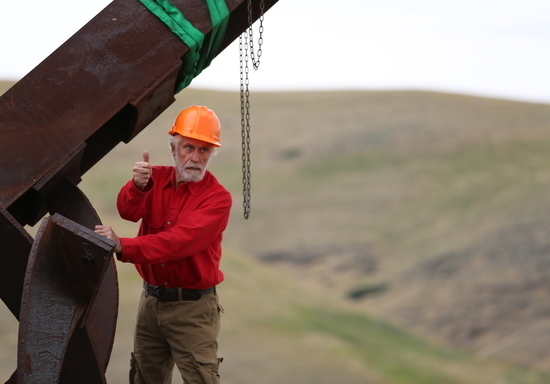 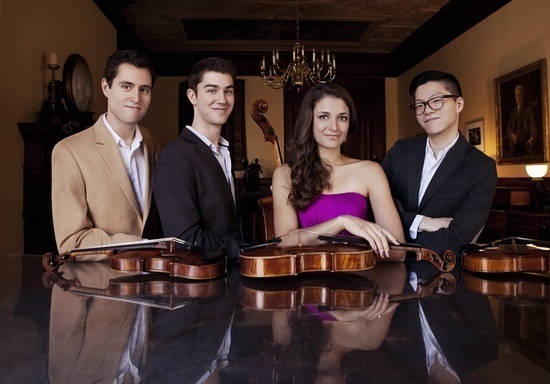 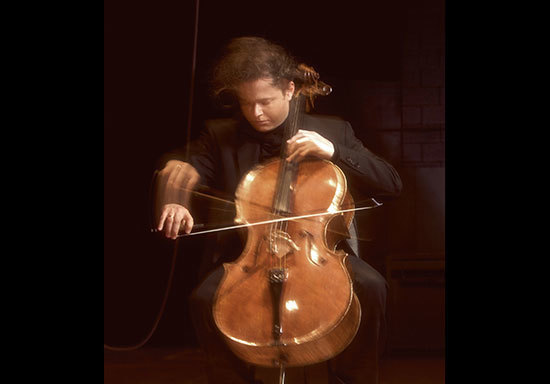 **Dover String Quartet** To commemorate the two wonderful sculptures at Tippet Rise by the visionary Mark di Suvero, who has been the face of American sculpture during his long intellectually distinguished and visually innovative career, The Dover Quartet will play one of the late Beethoven Quartets after which Mr. di Suvero named his sculpture, Beethoven’s Quartet, as well as the Schubert Cello Quintet, one of Mr. di Suvero’s great inspirations. T.S. Eliot listened to the A Minor Quartet as he wrote his extraordinary poem, The Four Quartets: Time present and time past Are both perhaps present in time future And time future contained in time past…. Footfalls echo in the memory Down the passage which we did not take Towards the door we never opened Into the rose-garden. Eliot said of the Beethoven A Minor Quartet: I find it quite inexhaustible to study. There is a sort of heavenly or at least more than human gaiety about some of his later things which one imagines might come to oneself as the fruit of reconciliation and relief after immense suffering; I should like to get something of that into verse before I die. The first of the four poems, Burnt Norton, was written in anticipation of World War II and to celebrate (or mourn) how much there was to lose in that conflict. It could not have been written without the tragedy of the first world war, and is an example of how art often prefigures history. Although the poem doesn’t mention war directly, it is suffused with the sadness and dread of the loss of meaning in civilization. It intuits a new mood. As Paul Fussell said of the pre-Quartets limbo in England in The Great War and Modern Memory: There was no Waste Land, with its rats’ alleys, dull canals, and dead men who have lost their bones: it would take four years of trench warfare to bring these to consciousness. There was no Ulysses, no Mauberly, no Cantos, no Kafka, no Proust, no Waugh, no Auden, no Huxley, no Cummings, no Women in Love or Lady Chatterley’s Lover. There was no “Valley of Ashes” in The Great Gatsby. One read Hardy and Kipling and Conrad and frequented worlds of traditional moral action delineated in traditional moral language. The A Minor Quartet later figured heavily in the coda to Aldous Huxley’s novel, Point Counterpoint. The Dover draws its musical lineage from the Cleveland, Vermeer, and Guarneri Quartets, having studied at the Curtis Institute and Rice University’s Shepherd School of Music, when those quartets were in residence, from 2011-2013. The Quartet has been mentored extensively by Shmuel Ashkenasi, James Dunham, Norman Fischer, Kenneth Goldsmith, Joseph Silverstein, Arnold Steinhardt, Michael Tree, and Peter Wiley. They are dedicated to sharing their music with underserved communities and are active members of Music for Food, an initiative to help musicians fight hunger in their home communities. **Matt Haimovitz** Matt Haimovitz, renowned for his courage in performing in challenging settings such as the Hi-Line in New York and the gym at Columbia Univeristy, will perform the summit of musical achievement, the Bach Cello Suites, on one of the high ridges of Tippet Rise’s monadnocks in the afternoon, and again in the lush Olivier Hall in the evening. A protégé of Rostropovich, Mr. Haimovitz specializes in playing along with nature, while remaining entirely undistracted, which demands an extreme but invisible virtuosity. He will contrast this summer the planetary gears of the Bach Suites with modern responses, which he has commissioned from great living composers such as Philip Glass. As the Bach Suites are a compendium of musical cultures from Germany, France, Italy, Spain, the modern responses he adds translate these high structures into the multi-country vernacular of our own time. [http://www.matthaimovitz.com](http:////www.matthaimovitz.com) The original manuscript of J.S. Bach’s 6 Suites for Cello Solo has been lost to history. The only remnant is a copy made by Anna Magdalena, Bach’s second wife, her handwriting uncanny in its likeness to the composer’s own. Since 1890, when Casals found a published copy in a second-hand music shop and first performed the suites in public 20 years later, the suites have been both Bible and Holy Grail of the solo cello repertoire – each cellist searching for his own way into the heart of this music. Cellist Matt Haimovitz has been closely associated with the Bach suites since the year 2000, when the former child prodigy jump-started the alt-classical revolution by performing the complete cycle in folk clubs and rock venues, including New York’s now-defunct punk palace CBGB’s. That same year, he released a 3-CD set of the Suites that launched the newborn Oxingale Records. Now, 15 years later, Mr. Haimovitz returns to The Cello Suites with a stunning new interpretation, intimately informed by Anna Magdalena’s manuscript and the tools of the time.