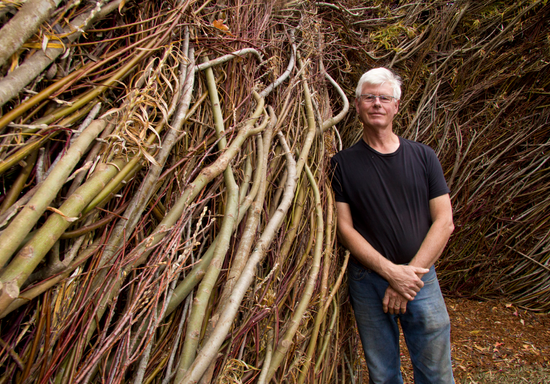 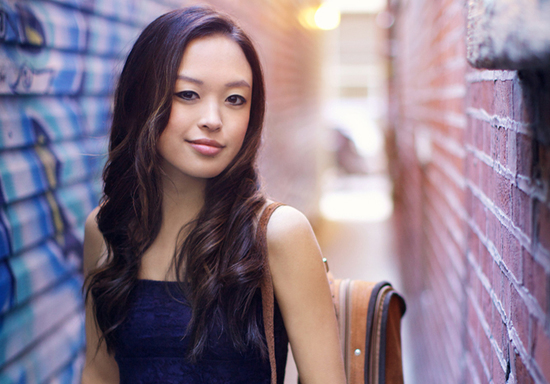 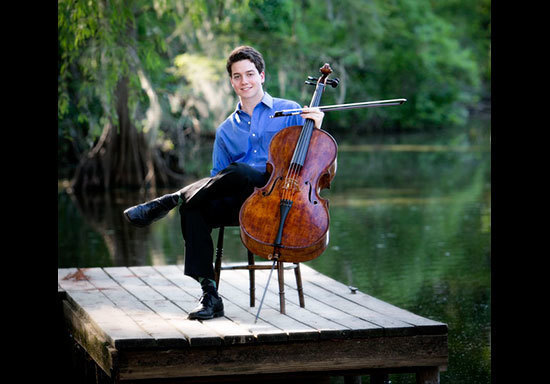 **Eunice Kim/John-Henry Crawford** “This is a recreation of a concert from 40 years ago I saw Messiaen and his wife, Yvonne Loriod, perform at Jordan Hall with the BSO Chamber Players (Joseph Silverstein, Jules Eskin, and the inestimate Harold Wright as clarinetist!). Truly a transcendent evening.” - _Christopher O’Riley_ The phantasmal sensuality inherent in Patrick Dougherty's Daydreams infuses this program commemorating his collaboration between the organic and the surreal with the colour, fantasy and romance in these epitomes of the French chamber music repertoire. **Eunice Kim** A native of the San Francisco Bay Area, violinist Eunice Kim made her solo debut at the age of seven with the Korean Broadcasting Symphony Orchestra. Called “just superb” (The New York Times) and “a born performer” (Epoch Times), she recently made her solo debut with The Philadelphia Orchestra and the Louisville Symphony, and performed George Tsontakis’ Unforgettable with the Albany Symphony Orchestra. Recently she performed at the Library of Congress on the “Ward” Antonio Stradivari violin, and she toured Taiwan, Hong Kong, Germany, and South Korea with “Curtis On Tour.” A winner of Astral’s 2012 National Auditions, Ms. Kim is the recipient of awards and honors from the California International Violin Competition, the Pacific Music Society Competition, the Korea Times String Competition, and the Youth Excellence Scholarship for the Arts. She also represented the Curtis Institute of Music and the San Francisco Conservatory of Music in the Millennium Stage Series Conservatory Project at the Kennedy Center. An enthusiastic advocate for community engagement, she has partnered with The Philadelphia Orchestra Department of Education to perform in outreach series, and regularly participates in Astral’s Community Engagement & Education programs. She has taught at numerous international music festivals, most recently at the Teatro Del Lago Festival in Chile and the Valdres Music Academy in Norway. She has participated in the Music from Angel Fire and Marlboro Music festivals. Ms. Kim graduated with a Bachelor’s degree from the Curtis Institute of Music, where she served as concertmaster of the Curtis Symphony Orchestra, as a mentor in the Curtis Community Engagement program, and was awarded the Milka Violin Artist Prize. **John-Henry Crawford** John-Henry Crawford, 22 year old cellist from Shreveport, LA, is a graduate of the Curtis Institute of Music where he studied with Carter Brey, Principal Cellist of New York Philharmonic and Peter Wiley, formerly of the Guarneri Quartet. John-Henry held the Nina and Billy Albert Fellowship at Curtis. He was accepted at age 15 and served as principal cellist of the Curtis Orchestra during his senior year. Mr. Crawford gave his solo debut with the Philadelphia Orchestra in 2011 as First Prize Winner of the Orchestra’s Greenfield Concerto Competition. He has recently been chosen as one of only 3 U.S. cellists invited to the Tchaikowsky Competition in Russia. This past November Mr. Crawford was invited to give a solo recital in the International Concert Series of the Louvre in Paris. In 2015 he won First Prize in Cello and Grand Prize at the American String Teachers National Solo Competition. In May he performed the Beethoven Triple Concerto with the Memphis Symphony in May and recently performed the Dvorak Concerto with the Shreveport Symphony. He has been featured twice with Christopher O’Riley on National Public Radio’s From the Top, and has given concerts in 20 states as well as Canada, Switzerland, Germany, France, Brazil, Costa Rica, and Mexico. Mr. Crawford has been a prize winner in numerous competitions, and was accepted at the prestigious Verbier Academy in Switzerland, where he was the only American cellist of eight selected world-wide. He has performed on WHYY public television in Philadelphia, and is included in the documentary “Maestro Movie.” He is interviewed and quoted in the best-selling book, The Talent Code, by Dan Coyle. He was an active participant at the Kronberg Cello Masterclasses in Germany this past September, and Pinchas Zukerman’s National Arts Center Young Artist Program for four years. He has performed at the MusicAlps festival in Courchevel, France. This past summer, Mr. Crawford was an artist fellow at Itzhak Perlman’s Chamber Music Festival, and at Music from Angel Fire in New Mexico. He performed the Brahms B-Flat Sextet at Boston’s French Cultural Museum in a chamber music concert with Malcolm Lowe, Concertmaster of the Boston Symphony, Edward Gazouleas, also of the BSO, Curtis President Roberto Diaz, and the Borromeo Quartet. Mr. Crawford was recently the only student performer on the Curtis on Tour series in Costa Rica, Mexico, and Brazil.pastedGraphic_4.png He was chosen to perform for Baron Hirsch’s Ascending Artists Series in Memphis, the Memphis Chamber Music Society, Deerfield Presbyterian Church Recital Series in NJ, Texas Street Arts Series in Shreveport, NPR fund-raisers for From the Top in Dallas, West Palm Beach, Princeton, and Wayne PA, and with fellow Curtis students Eunice Kim and Patrick Kreeger in the KCK Trio on the Marion Chamber Music Society series in Florida. Mr. Crawford has studied with Lynn Harrell, Frans Helmerson, Gary Hoffman, Paul Katz, Ralph Kirshbaum, Pinchas Zukerman, Pamela Frank, Ida Kavafian, Shmuel Ashkenasi, Lawrence Dutton, Michael Tree, Zuill Bailey, Shauna Rolston, and Amit Peled. His chamber groups have performed for the Emerson and St. Lawrence Quartet, and at Lincoln Center Chamber Music Society Master Classes in New York. He has performed a wide spectrum of music ranging from early music as part of the Curtis Collegium to John Adams and Joan Tower with members of the contemporary music group Eighth Blackbird. He is from a musical family and performs on the 200 year old European cello smuggled out of Austria in 1938 by his grandfather, the cellist Dr. Robert Popper. In addition to playing the cello he enjoys reading, swimming, and performing magic tricks. To find out more about Mr. Crawford, please visit his website at [johnhenrycrawford.com/](http://johnhenrycrawford.com/)