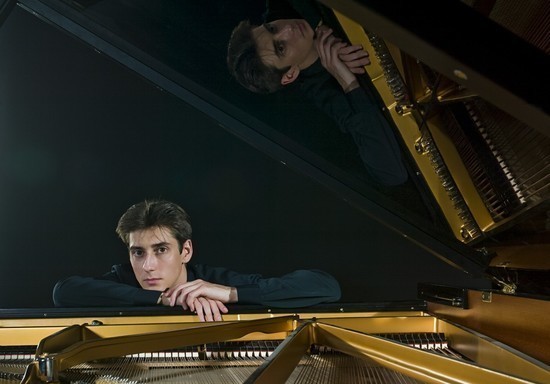 **Yevgeny Sudbin** Once in a blue moon a record appears by a hitherto unknown artist who seems destined to take his place among the elect. Both musically and technically, this debut is on a par with those two greatest of Scarlatti pianists, Horowitz and Pletnev. As eloquent in the most poignant sonatas as he is brilliant in the showstoppers, Sudbin is already a master. — _Daniel Stearns, Piano Concert Reviews_ **On His Scarlatti Recording** Yevgeny Sudbin is already hailed as potentially one of the greatest pianists of the 21st century — _The Daily Telegraph_ This confirms him as one of the most important pianistic talents of our time — _Harriet Smith, International Record Review_ **On His Rachmaninov Recording** From the opening octave cascades to the tender warmth of the first theme, and on to its filigree development, Sudbin's playing had the delicacy of the composer's own of this work, and his dynamics were calibrated with comparable finesse. Abetted by Yan Pascal Tortelier and the BBC Philharmonic, the second movement's Chopinesque mood came gracefully across, while the springtime charm of the closing allegro was irresistible. — _Michael Church, The Independent_ Few seem as fresh and necessary as this release from this wonder pianist. CD of the Year — _Geoffrey Norris, The Daily Telegraph_ **On His Tchaikovsky/Medtner Piano Concertos Recording** TCHAIKOVSKY RENEWED IN THIS DREAM CONCERTO DEBUT DISC This is never the Tchaikovsky you have always known but an arrestingly novel rethink with the concentration on mercurial changes of mood and direction. Here, amazingly, is one of the most familiar of all concertos rekindled in all its first glory, brimming over with zest and shorn of all clichés that have adhered to it over the years. Five Stars — _Geoff Brown, The Times_ All these performances are flecked with personal touches and brilliances above and beyond even Scriabin's wildest demands...This, put suitably euphorically, is a disc in a million. Disc of the Month, Editor's Choice — _Bryce Morrison, Gramophone_ Yevgeny Sudbin here miraculously combines the volcanic intensity of Vladimir Horowitz with the cat-and-mouse tonal reflexes of Mikhail Pletnev...it is fascinating to compare the microcosmic hysteria whipped up by the Master with Sudbin's angst-fuelled sonic explosions, thrillingly offset by an exquisite pearly legato worthy of Scriabin's great rival, Rachmaninov...Yet for playing as terrifyingly changeable and emotionally all-engulfing as the music itself, Horowitz (RCA & Sony), Ogdon (EMI) and Sudbin truly galvanise the attention. SCORCHING SCRIABIN FROM SUDBIN Editor's Choice — _Bryce Morrison, Gramophone_ Last month at London's Wigmore Hall, Yevgeny Sudbin gave a blistering recital which had as its climax the Ninth Piano Sonata by Skryabin...The sheer demonic terror that the performance evoked is recaptured on this superb disc, on which Sudbin asserts his credentials as an interpreter of Skryabin par excellence. Please visit Mr. Sudbin’s website at [http://www.yevgenysudbin.com](http://www.yevgenysudbin.com)