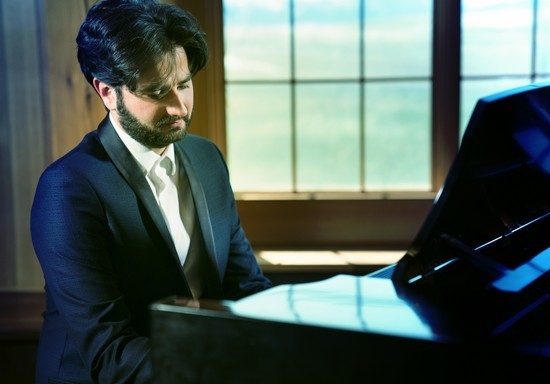 BROCAL: Into the Wild
World Premiere

We are thrilled to welcome the celebrated French pianist and composer Julien Brocal back to Tippet Rise for his second concert season in a row. On Saturday evening, Julien will perform the world premiere of three of his own compositions—Reflections, Into the Wild, and Snowing on the Moon—as well as two of Chopin’s Ballades and works by Bach and the distinguished nature-inspired Latvian composer Pēteris Vasks. BBC Music Magazine called Julien’s first solo recording, of works by Chopin, “Spellbinding” and featured it as its Instrumental Choice album of the month. The recording also garnered him the magazine’s Newcomer Award for 2018. His second solo recording, Reflections, featuring works by Frederic Mompou and Maurice Ravel, was released by Rubicon and recorded here, at Tippet Rise.