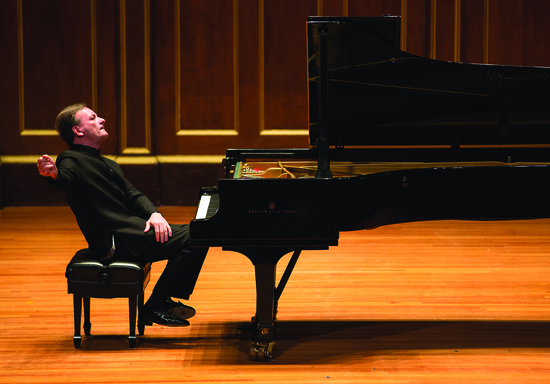 Regarded as one of the most important and distinctive pianists of his generation, British-born Stephen Hough was the first classical performer to be awarded the extraordinary MacArthur Fellowship, unofficially but commonly known as the “Genius Grant.” During our first season of classical music concerts at Tippet Rise, in 2016, Stephen delighted audience members during his performance in the Olivier Music Barn, which was later broadcast on American Public Media’s Performance Today and on Through the Night, a program from the British Broadcasting Corporation. Three years later, we are delighted and honored to welcome Stephen back to the art center for an evening of virtuosic works by Bach, Chopin, Liszt, and Busoni; he will also play his own composition: Sonata No. 4 (Vida Breve). Stephen has recorded more than 50 albums, many garnering international prizes, including several Grammy nominations and eight Gramophone Magazine Awards. Fun fact: in 2014, Stephen was made a Commander of the Order of the British Empire (CBE).