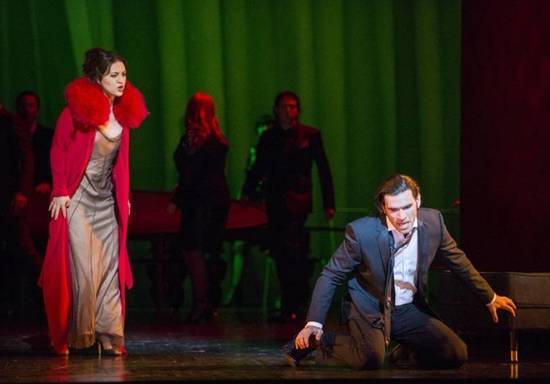 _A story of sacrifice, love and surrender_ Alfredo, a young man from the provinces, falls in love with Violetta, the stylish toast of Paris. But she’s not the marrying kind–at least not until now. However, their dreams of domestic bliss are threatened by both a merciless society that condemns Violetta’s racy past and an equally merciless disease. _Verdi’s most beloved opera_ The age-old "tart with a heart" is a familiar dramatic trope. In versions ranging from an ancient Sanskrit drama to Greta Garbo’s Camille to the film Moulin Rouge, it has always been a gauge of a society’s ideas about morality. Verdi’s version is based on the true story of Marie Duplessis, a Parisian courtesan immortalised by her lover, the author Alexandre Dumas, fils. Verdi was powerfully drawn to her story during a time in his career when he focused increasingly on vivid and complex outsiders who push the boundaries of society. There’s rarely a dry eye in the house when this poignant tale unfolds through Verdi’s robust, tuneful, full-hearted and full-throated score, laced throughout with melodies as familiar as the story.