On a bright blue morning in early August, guests and staff of Tippet Rise gathered on a ridge. All around them, hills unfolded like grassy waves. To the east, the Pryor and Bighorn mountains cast undulating shadows on the badlands that straddle Montana’s border with Wyoming. To the south rose the wall of the still-snowcapped Beartooth Range.

“Imagine crocodiles, alligators and dinosaurs and wet, humid bayous. That is what this place looked like then,” Jason Schein, a paleontologist, told the group. “It was swelteringly hot. The hottest time in the history of the earth,” he said, referring to the Late Cretaceous Period, when Tippet Rise sat on the shores of a vast inland sea.

While the art center has become known for its classical music concerts and mammoth outdoor sculptures, this tour isn’t about art or music. On the faculty of the Yellowstone Bighorn Research Association (YBRA), founded near Red Lodge in 1936 by Princeton University, Schein is leading Tippet Rise’s first-ever Geo-Paleo Tour—the result of a partnership between the art center and YBRA. Located on a 10,260-acre working sheep and cattle ranch, Tippet Rise is home to a unique combination of geological features, in part because it is poised at the confluence of two vastly different geological regions: the Beartooth Mountains and the Great Plains. 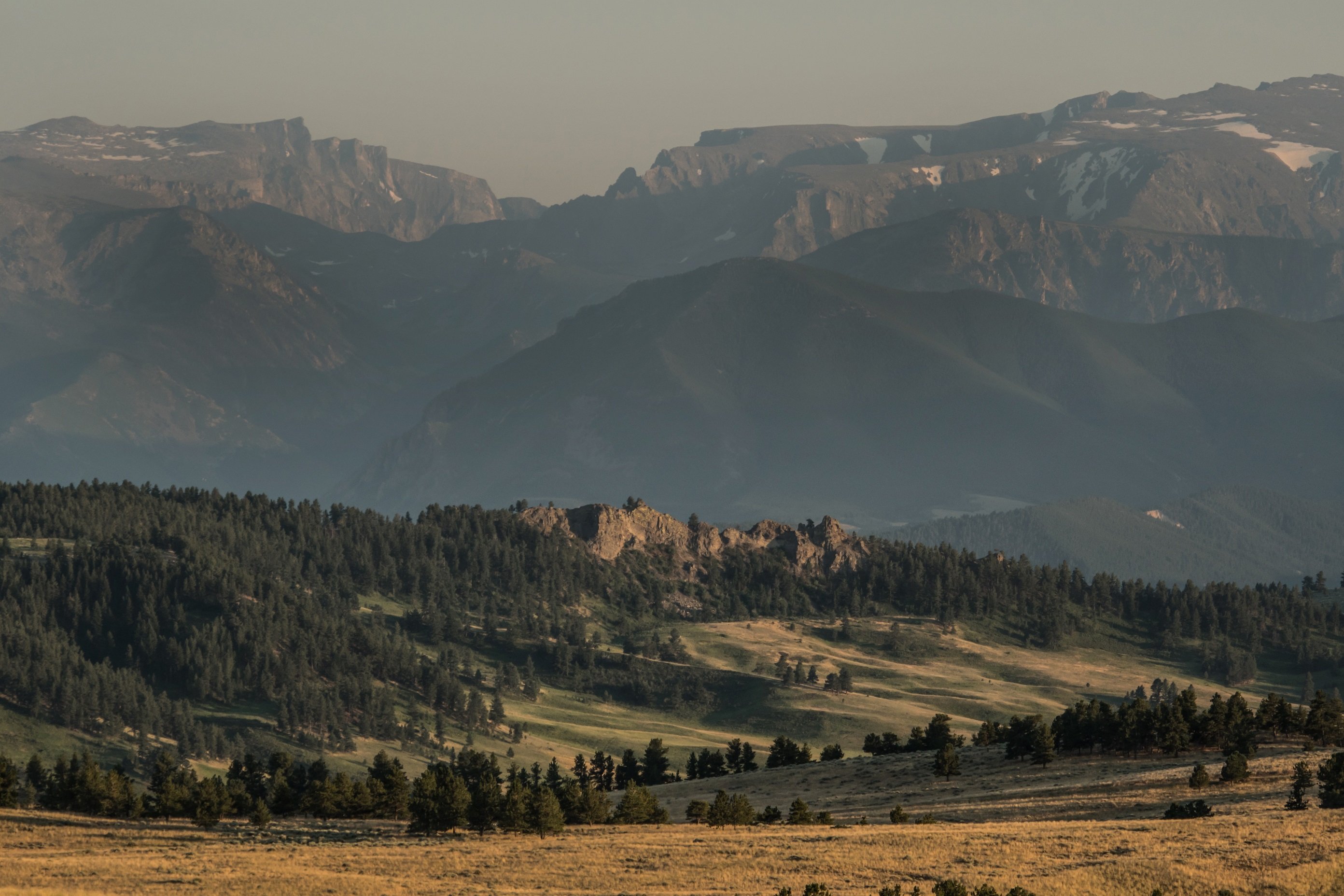 “The two regions couldn’t be more dissimilar,” Schein explained. “A thousand miles of young, layer-cake geology—in the form of sedimentary rock—all of a sudden butts up against the edge of the Beartooth Mountains, which are not only spectacular, but also much, much older than the plains, literally billions of years older. The two formations are so dramatically different—geologically, topographically, in age—they might as well be two separate continents.”

During the course of the three-hour Geo-Paleo Tour, 16 guests learned the northeast corner of Tippet Rise sits at the western edge of another geologic marvel: the renowned Hell Creek Formation. Created by rivers that flowed eastward to that inland sea through those hot, humid bayous Schein described, the Hell Creek Formation is one of the world’s richest fossil troves, one where fossilized dinosaur remains are routinely discovered. In the summers, amateur and professional paleontologists travel from around the world to Hell Creek dig sites in eastern Montana and the Dakotas to hunt for fossils. 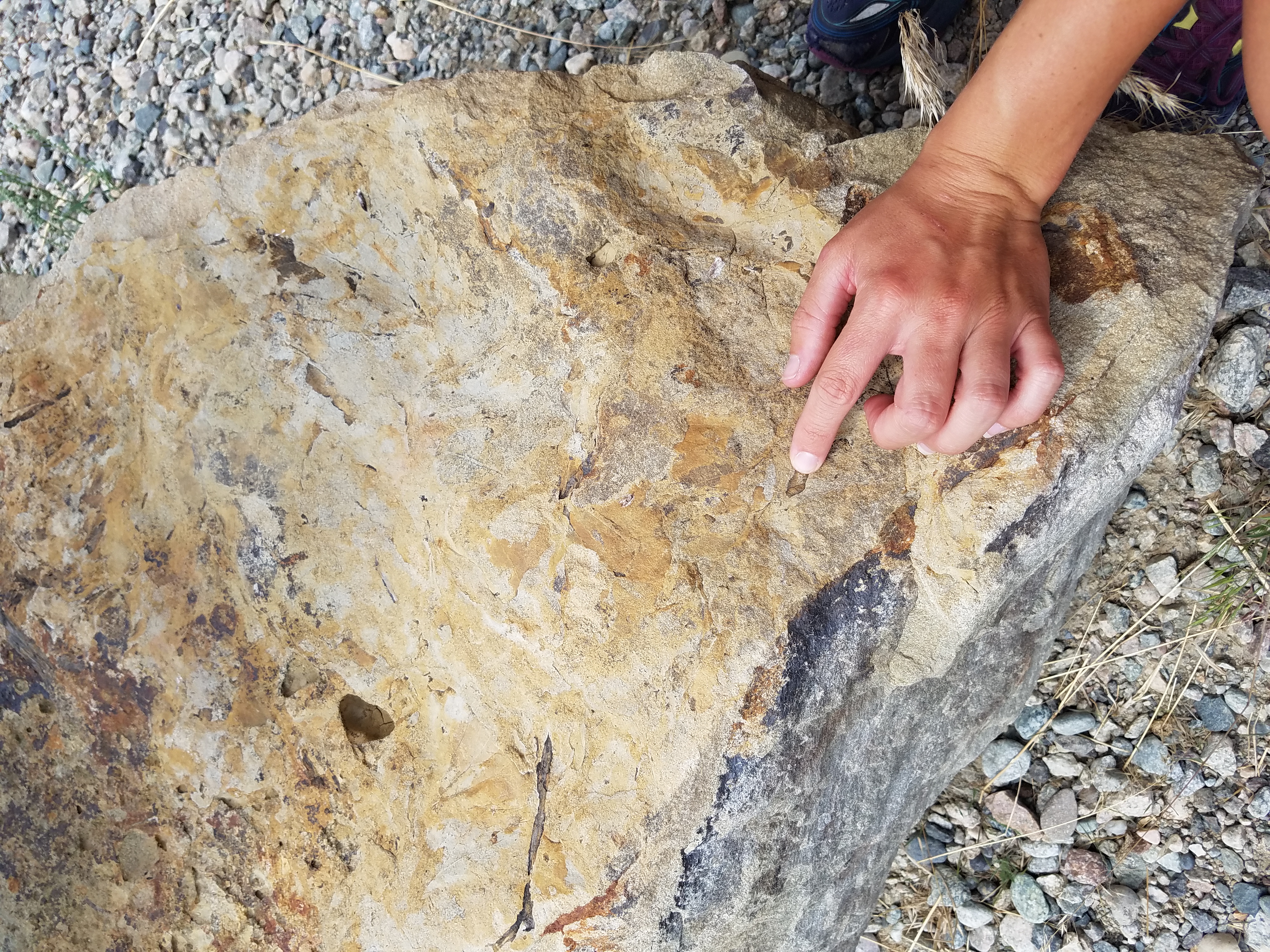 Beneath much of Tippet Rise lays an ice age gravel deposit. Along the edge of the Beartooth Range, jagged limestone palisades contain early records of marine life. During the tour, guests saw vivid examples of these stages of the earth’s history. They hiked, listened, and asked questions. They found fossils, and even saw a perfectly permineralized—or fossilized— tree. 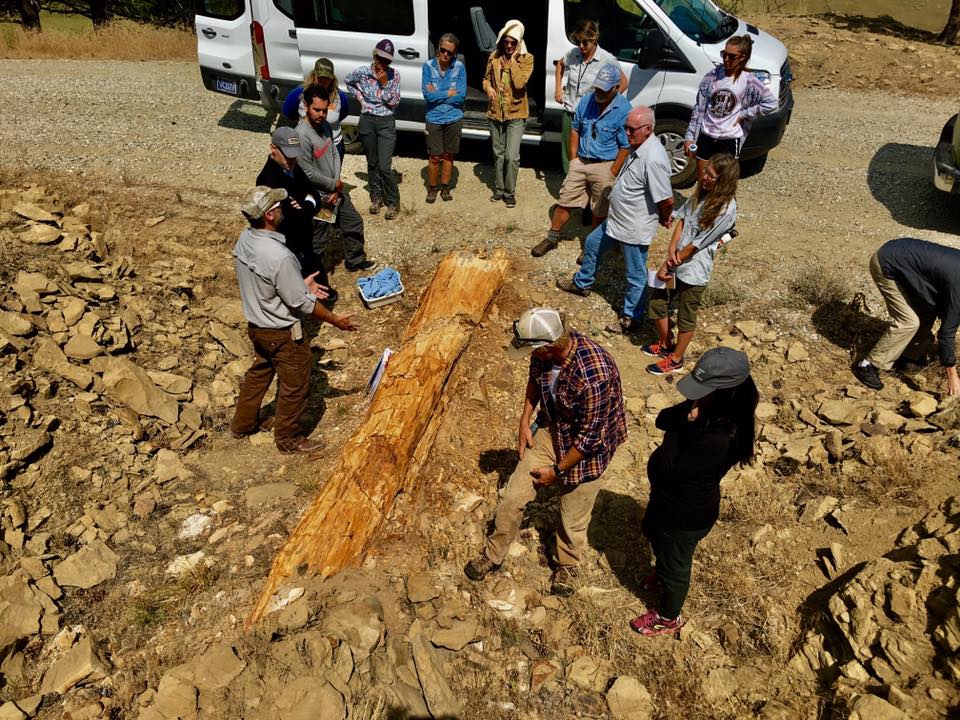 Lindsey Hinmon, Director of Outreach and Logistics for Tippet Rise, worked with YBRA to plan the Geo-Paleo Tours. “Our goal at Tippet Rise is to create an environment where art, music and nature intertwine. This is a wonderful way to help our guests explore the land’s extraordinary natural history.” 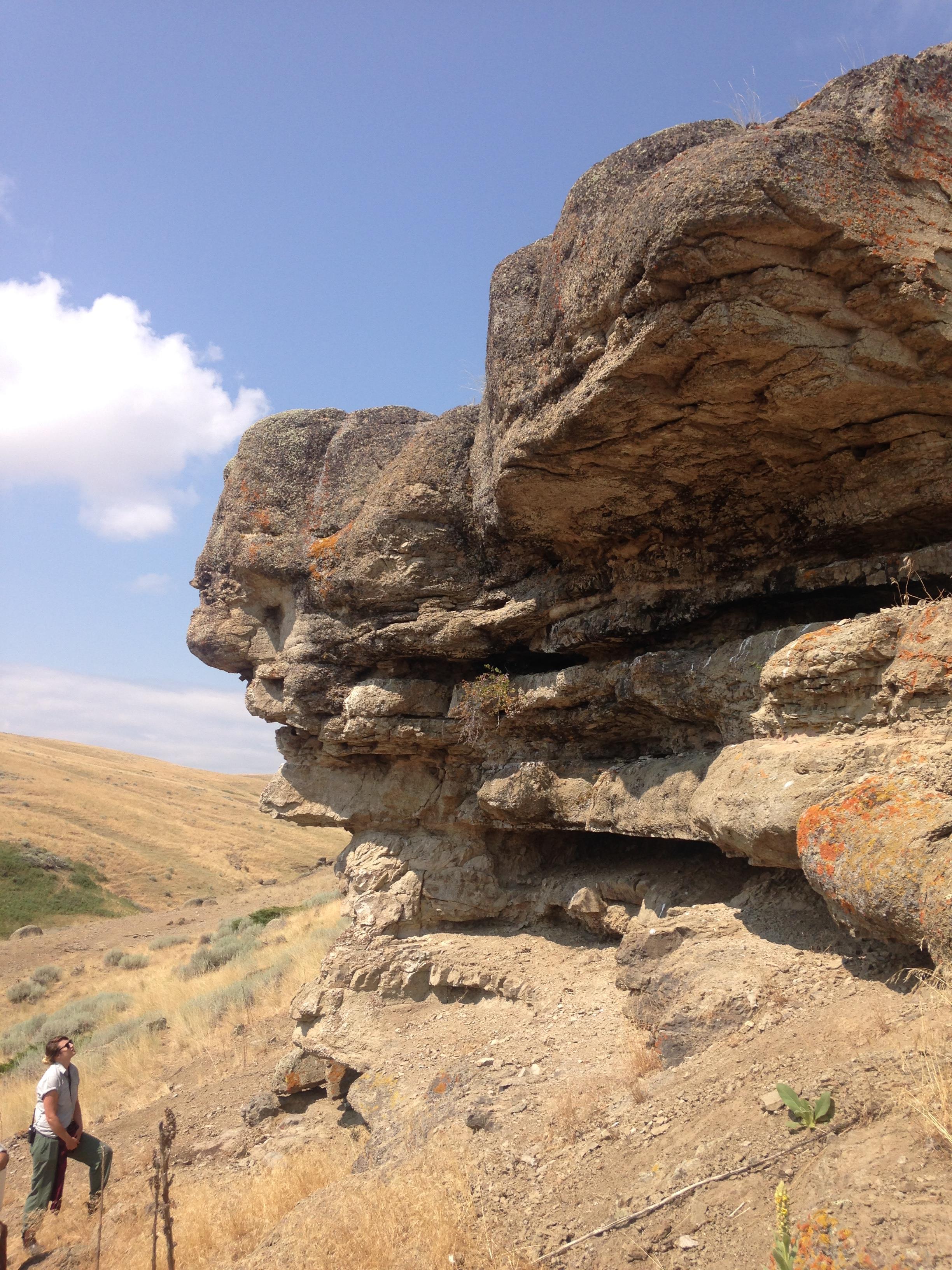